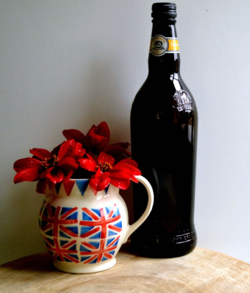 Obviously the title and the (four human and one dog) characters make you think of The Famous Five by Enid Blyton. But, not only that, the characters all love ginger beer. It just so happens that the ginger beer in question is of the alcoholic variety.

Fiona, the main character, is obsessed by her five year plan. She works in a job she hates, including overtime on a Saturday, just because she and her boyfriend, Connor, are saving up for a house of their own. Her best friends are Steph and Sinead.

After a bit of a 'situation' at work they all decide to go on a free trip offered to them – staying in a yurt at a festival in the west country. Thus, this five go off on an adventure of their own. 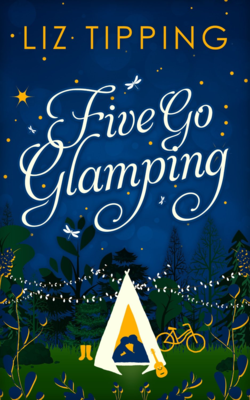 Excited by the prospect of a (free) holiday they stock up on alcoholic ginger beer and set off. They stop at a pub, close to the festival, when the car breaks down and are helped by a man who seems to connect with Fiona.

When they finally get to their destination it's all a bit hippyish for their taste. Well, to Fiona, Kirk and Steph's at least.

Sinead throws herself into it. And Fiona seems to end up dog-sitting Brian Harvey quite a lot.

There's only one thing for it. Ginger beer.

Fiona goes on dog walks and finds herself in a few scrapes, only to come across that same man from the pub … her adventure is about to begin.

You can make alcoholic ginger beer at home but it takes time. Fiona seems to enjoy Crabbie's Ginger Beer (other ginger beers are available!)

You can always make yourself some non-alcoholic ginger beer, too. Jamie Oliver has the perfect recipe.