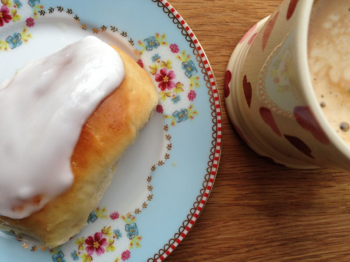 Is there a dish that can instantly transport you back in time? A meal or a cake with time travelling possibilities? For Cath there was. And it came disguised as an iced bun.

Bookends by Jane Green, quite possibly one of my favourite books, is about a group of friends from university who have continued to be friends now they've moved to London and got proper, grown-up, jobs. Well, all of them except one. Portia.

There is Cath, who works at an advertising agency but is ready to try something else. Si, who loves a bit of drama and bows down to the cooking queen that is Queen Delia. Then there is Posh Josh, who married Lucy after uni, who happily settled herself into the group of friends.

Portia, who they all radiated around at university, is now off the scene. Because, even though the group were established around her, she also drove a wedge through them by what she did with Josh and what she did to a girl called Elizabeth. And this is what Cath is remembering, along with the iced buns.

There was a fission of excitement running through the group of friends because Elizabeth is coming to their university town to stay with them for the weekend. They're all looking forward to meeting her. All of them, that is, except for Portia. Don't you want to meet her? asks Cath.

She could picture exactly where she was when she asked that question. She was in an old seaside cafe that would always be filled with either students or old ladies, eating iced buns, drinking tea or coffee. And she remembers asking that question – even though it didn't occur to her that Portia would have feelings other than joy at this girl, a great friend of one of their great friends, arriving.

For Cath, an iced bun reminds her of happy, carefree, student days and of her best friend, Portia, sitting in the cafe where they would chat and laugh. But it also reminds her of the distance that grew between them.

For me, these iced buns remind me of my childhood. And they are so simple to make. 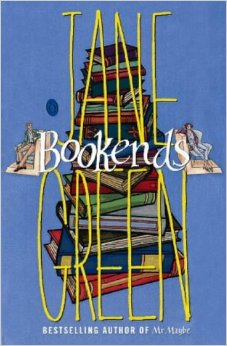 Mixer with a dough hook would be great as it minimises kneading time. Of course, you can just use your hands. You also need 2-3 baking trays rubbed with cooking oil, and some cling film.