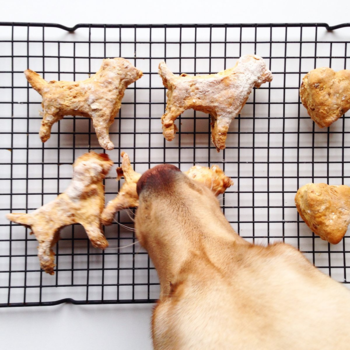 Okay, so you're just going to have go with me for this week's Feasting on Romantic Comedy column. Go on, indulge me. I've brought you, over the last two years, all sorts of foodie delights from the realms of fiction. But now it's time I provided a recipe inspired by our beloved fiction to treat someone rather special in our lives.

Cressida McLaughlin's series of ebooks based around Cat, a dog walker on Primrose Terrace, is proving extremely popular. We're now on the third installment, Raincoats and Retrievers, and romance for Cat is hotting up.

Cat lives with with her friend Polly and Polly's brother Joe in Primrose Terrace. Cat has previously helped out neighbour Frankie in Sunshine and Spaniels (part two of the series) and managed to turn a negative into a positive in Wellies and Westies (part one of the series). 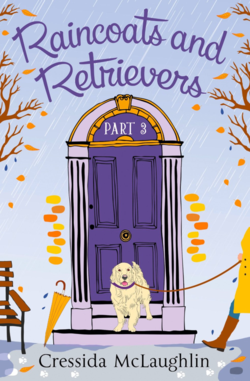 In Raincoats and Retrievers Cat cannot resist in getting involved in her neighbours' lives. That is what she does after all. And this time it's the couple with the retrievers. It's perhaps not the wisest move on Cat's part.

But lets, for a minute or two, celebrate the stars of this gorgeous series. (Incidentally the complete series is available in paperback in early November.) Each dog in this series has a lovable personality. You cannot fail to adore them. However, not everyone feels the same way about dogs as Cat is soon to find out.

As you can see from the photograph, my dog thoroughly approves.

The treats I made were from Sally's Baking Addiction except I included some leftover cubed meat from the Sunday roast.