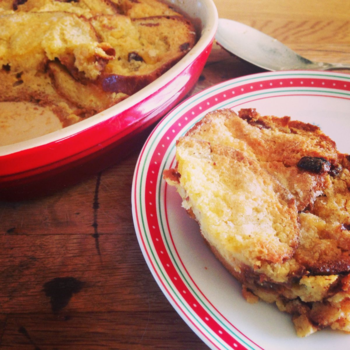 For a Christmas novel that makes you feel warm, hugged and cosy then look no further than The Great Christmas Knit Off by Alexandra Brown. Oh, I adored it. Perfect to escape the extra work that appears on the to-do list at this time of year. It made me sit down on the settee in front of the fire and not move until I'd finished. Magical.

Set in the fictional village of Tindledale, Sybil decides to go there on a whim after things go slightly awry at work. Here she meets a wealth of characters, including Hettie of Hettie's House of Haberdashery. As Sybil is a knitting addict they become friends and between them something rather amazing happens.

When Sybil first arrives in the village pushing her suitcase she looks in all the shop windows. She spies a vintage clothing boutique and The Spotted Pig – a cafe which advertises the rather delicious sounding special of the day: a panettone bread pudding with creamy rum custard. Yum, thinks Sybil. And yum, thinks the reader. All of us rather fancying a slice of that. It is a comforting and warming pudding. Not unlike The Great Christmas Knit Off itself.

This, my novel and food loving friends, is my version of The Spotted Pig's panettone bread pudding with creamy rum custard. The custard is not actually a pour over the top type. Rather it is baked into the panettone.

I'll let you in on a little secret, though. I don't actually like panettone; I find it dry – I'm not a fan of dried fruit either and I feel it is rather expensive for what you get – it is mostly just box. However, this pudding was DELICIOUS. Seriously. And I tried quite a bit of it just to make sure.

I did contemplate making the panettone myself – there are a number of recipes on the internet – but instead I bought a small panettone that didn't have all the expensive wrapping and I felt a small cake was just enough for four people. You can, of course, double it to make a bigger portion. 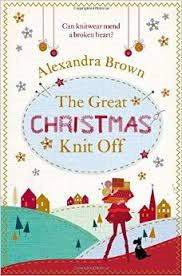 So, here's the recipe.

25g or so of butter, slightly softened