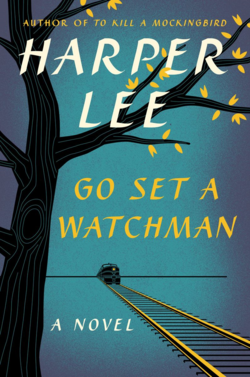 The recent publication of an unexpected second Harper Lee novel, Go Set a Watchman, has got us at Novelicious chatting about what other books and sequels we'd like to see discovered. You know, if bookish dreams did come true. Papers, half-written manuscripts, full manuscripts – we're not fussy; we just have an insatiable greed for more of our favourite books.

1. The Time Traveler's Wife by Audrey Niffenegger – Kelly would love for there to be a sequel to The Time Traveler's Wife. Specifically the story of Clare and Henry's daughter. What happens to her? Kelly might be in luck as, last year, Audrey announced she's writing a sequel to this well-loved book, but gave no details of what it is about. Alas, she also admitted to writing very slowly. So we're in for a bit of a wait yet.

2. Harry Potter by JK Rowling – Zarina says she'd like a "prequel, sequel, just a few more books slotted into the existing series … I'm not picky …" And who can blame her? Certainly not me. I would love anything extra, too, and love it when JK Rowling posts on her Pottermore site with extra snippets that we all gobble up – hungry bookworms that we are. The Rita Skeeter Daily Prophet Gossip Column on the Pottermore website gave us some information about Potter, now 34, and the rest of Dumbledore's Army, which we eagerly inhaled off our screen.

3. Gone With the Wind by Margaret Mitchell – Kerry would love anything to be found that would continue one of the most famous love stories of all time. The chances of this happening though are unlikely. (Sorry Kerry.) The author, Margaret Mitchell, insisted that all her papers be burnt after her death and her secretary apparently took them to the boiler room the day after she died. When Kerry visited Mitchell's Atlanta apartment building last summer she "couldn't help lingering after the tour to peer through cracks in floorboards just in CASE something has been left behind".

4. Discworld by Terry Pratchett – Sadly this beloved English author died earlier this year. Pratchett has written around 40 volumes of his Discworld series, but Verity can't help but wish for just one more. Specifically the Moist-the-Tax-Collector story, which was hinted at at the end of Making Money.

What manuscript or secret sequel do you want to see discovered?