Feature by A L Michael 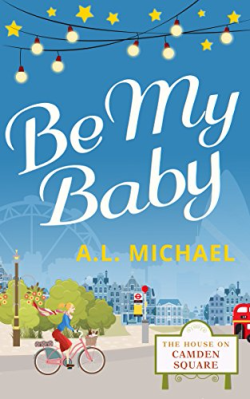 My latest book, Be My Baby, is mainly about the relationship between a mother and her child. Mollie had Esme when she was a teen, and has raised her mostly alone, with the help of her best friends and a cobbled-together family of neighbours, crazy artists and people who have accidentally ended up in their lives.

Mothers are inspirational – that mother child relationship is something special. So here I’ve got my list of top fictional mothers.

1. Lorelai Gilmore from Gilmore Girls - She named her daughter after herself, because guys name their sons after themselves all the time, so why the hell not? The Gilmore girls are some of the best characters to grace television, and I’m so glad they’re returning to Netflix next month! Lorelai had Rory at 17, and raised her alone, with the colourful inhabitants of their strange little town of Stars Hollow getting involved along the way. What I love about these characters is that they get each other, they call each other out on their bullshit, and they almost have their own language. Plus, they’re not just mother and daughter – they’re friends.

2. Lily Potter from Harry Potter - She died for him, okay? Her love created a magical barrier around her son that made him The Boy Who Lived. A mother’s love can do that. You go, J.K. Rowling.

3. M’Lynn from Steel Magnolias - She doesn’t agree with her daughter’s choices, but she puts her first. She fears for her daughter, and she still helps her. She faces everything with an excellent sense of humour and a determination to survive. Mama bear.

4. The Bride from Kill Bill - She was punished for leaving the life of an assassin, falling in love and marrying another man. She had no idea she was a mother, and when she realises she can be again, she destroys anything in her way, and protects her daughter from that life. Plus, she’s just plain kick ass.

5. Topaz from I Capture the Castle - Topaz is a step mother. She’s young and beautiful, and could in many ways have been a source of hatred for her three step children. But Topaz gave up the life of a model and artist to live in a rotting castle with the distant man she loves, looking after the family as they slowly struggle in poverty. She is loving, kind and strong. She’s a part of their family.

Do you have a favourite kick ass fictional mother?

About A L Michael:

A L Michael is hurtling towards the end of her twenties a little too quickly. She is the author of 8 novels, 7 for Harper Collins and a coming of age drama for Stairwell Books. She likes writing stories where people always have a sassy come back to hand. Instead of thinking of it days later, like she does.

Her new three book series, The House on Camden Square, is about the power of creativity to bring people together, and includes Goodbye Ruby Tuesday, Nice Day for a White Wedding and Be My Baby.

You can also find her here: