Don Tillman and Rosie Jarman are back! If you fell in love with Don, the brilliant yet socially inept professor of genetics, in Graeme Simsion’s first novel The Rosie Project, you’ll be delighted to hear that its sequel, The Rosie Effect, was published yesterday. And we have three copies to give away! 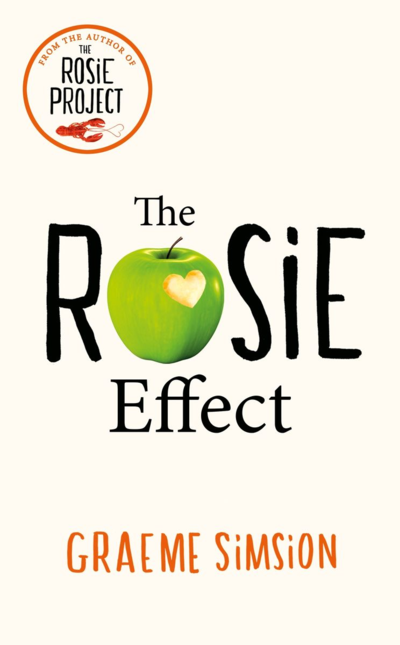 Until a year ago, forty-one-year-old geneticist Don Tillman had never had a second date. Until he met Rosie, 'the world's most incompatible woman'. Now, living in New York City, they have survived ten months and ten days of marriage.

But though Rosie has taught him the joys of unscheduled sex and spontaneous meal planning, life is still not plain sailing for Don. Not least with the sudden arrival of his best friend Gene, serial philanderer, who takes up residence on their sofa.

Then Rosie drops the mother of all bombshells. And soon Don must face her hormonally induced irrational behaviour as he prepares for the biggest challenge of his previously ordered life – at the same time as dodging deportation, prosecution and professional disgrace.

Is Don Tillman ready to become the man he always dreamed of being? Or will he revert to his old ways and risk losing Rosie forever?

To enter the competition, leave a comment telling us what you’re up to this weekend. The last day for entries will be next Friday 3 October. Winners will be contacted via the email address used to enter. UK entries only, please. Best of luck!