Pumpkin carving, candy apples and costumes – there’s certainly lots of fun to be had at Halloween. For book nerds like us, however, nothing can beat the lure of a candlelit room and a good, old-fashioned literary scarefest. Here are 10 of 2014’s creepiest books for your All Hallows Eve reading pleasure … faint-hearted beware … don’t say we didn’t warn you! 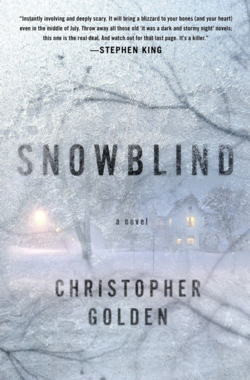 When an isolated town is snowed in under dangerous conditions, the local community thinks things can’t get much worse. But they can. And they do. A vivid novel that will chill you to the very bone.

2. The Three by Sarah Lotz

If you enjoyed The Shining Girls by Lauren Beukes last year, you’ll absolutely love The Three. Four children are the sole survivors of four seemingly unrelated plane crashes. They all escape unharmed but for Pamela, who lives just long enough to record a message on her phone. A phone message that contains a warning.

3. The Taxidermist's Daughter by Kate Mosse

In a Sussex churchyard in 1912, villagers gather on the night when the ghosts of those who will die in the coming year are thought to walk. Here, where the estuary leads out to the sea, superstitions still hold sway …

4. Bellman and Black by Diane Setterfield

A dark, atmospheric, Victorian ghost story from the author of The Thirteenth Tale, the opening pages see William Bellman commit one small cruel act as a small boy that appears to have unforeseen and terrible consequences. Later, happily married with children, he realises what those consequences are.

5. The Forgotten Cottage by Helen Phifer

Annie Graham has fought her demons, and is ready to leave them behind. Her new cottage seems like the new start she’s craved: quiet and quaint, it’s empty of the memories which have haunted her for so long. But before long, the ghosts of a forgotten tragedy stir within Annie’s new home. Someone – or something – is coming for her. And this time, she might not get the chance to run…

Wealthy Richard Walker has just died, leaving behind his country house full of rooms packed with the debris of a lifetime. Bringing the old phrase “If Walls Could Talk” to life, these walls want to tell the house’s new inhabitants something. Something very unpleasant indeed. 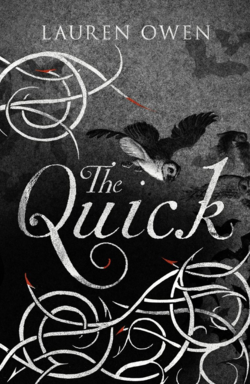 7. The Quick by Lauren Owen

You’re transported to the wilds of Victorian Yorkshire in Lauren Oliver’s gothic vampire novel, The Quick, where a brother and sister – alone in the world – are bound by tragedy. “Sly and glittering,” said Hilary Mantel, while Kate Atkinson said it was “impossible to resist”. Worth buying on those recommendations alone.

8. A Sudden Light by Garth Stein

A spirit haunts the halls of the Riddell mansion, and as teenager explores the massive and strange estate, it becomes clear that the ghost, and the house itself, are harbouring secrets.

9. The Barter by Siobhan Adcock

Two mothers separated by a century. Both haunted by the same visions. Can fear and self-doubt erode everything they have?

The world has stopped sleeping. Restless nights have grown into days of panic, delirium and, eventually, desperation. But few and far between, sleepers can still be found – a gift they quickly learn to hide. For those still with the ability to dream are about to enter a waking nightmare.

What spooky books will you be reading this All Hallows Eve? Head over to Twitter and Facebook to give us your Halloween reading recommendations or leave them in the comments!