One of the most eagerly anticipated films of the year is undoubtedly Before I Go to Sleep, an adaptation of SJ Watson's 2011 psychological thriller starring Nicole Kidman and Colin Firth. The story focusses on Christine, a woman whose amnesia takes an unusual form: her memories are erased every time she goes to sleep.

If you’ve already devoured the book, you’ll be counting the days until the adaptation’s release. If you haven’t, there’s still time before the film hits big screens on September 5. Either way, Amanda is here to tell you how you can get your book and film nerd on with a group of like-minded literary folks on Twitter (or in person). 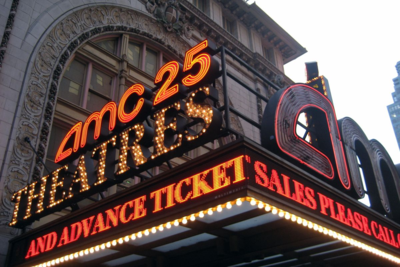 My fascination with adaptations is no secret. It’s my twitter handle (@filmvsbook) and blog name. Last year, it become my book club. Well, book vs film club. I found a few people on Twitter who were interested in the idea of reading a book and then meeting up to see the film adaptation and discuss both versions – and the book vs film club was born. So far, we have discussed The Great Gatsby, The Book Thief, Austenland and The Fault in Our Stars. This time we have lined up Before I Go to Sleep by SJ Watson – and Novelicious readers are invited to join in!

All you have to do to join the debate is tweet using #bookvsfilmclub. Get on Twitter and do what you lovely book nerds do best – DISCUSS! Did you like the book or hate it? Did not knowing the end drive you mad or did you guess it early on? What do you think of the casting? Are you excited about seeing the film or should this story have been left as a book? Share your thoughts, contradict those of others, and generally just get involved! After all, the only thing better than reading a book is talking about it afterwards!

With the film due out in early September, you have just over a month to read the book. Of course, if you have already read it then you can either re-read it or just wait and see the film! It stars Nicole Kidman, Colin Firth and Mark Strong and looks just as tense and gripping as Watson's novel.

If you are London-based, then feel free to email me (amanda@writingtipsoasis.com) and I’ll keep you updated about our in-person meetup. Otherwise, see the film locally wherever you may be and join the debate once you've seen it.

Not sure what all the fuss is about? Check out the trailer – we’re pretty sure it’ll win you over.