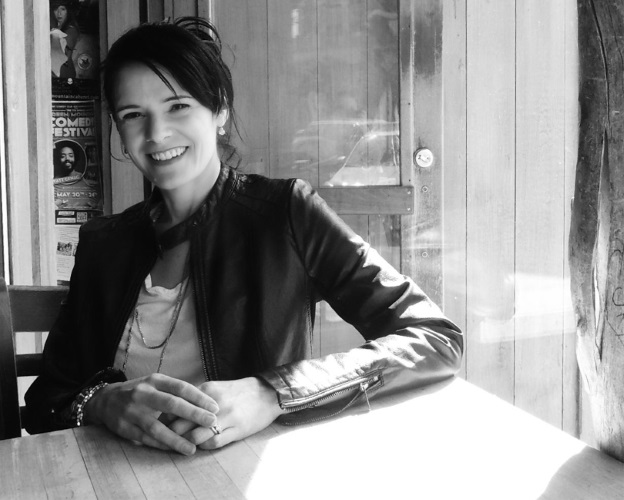 We recently carried out an interview with author Amy J. Murphy. Read on to find out what Amy had to say about her work as a writer, and about her novel entitled Allies and Enemies: Fallen. Amy also shared some of her experiences of self-publishing and described how new authors can successfully get started in the world of indie publishing.

Hi Amy and welcome to e-Books India! It’s great to have you with us for this interview. Please tell us about you. Where are you from? What is your professional background and how did you become an author?

I’m very proud to say that I’m originally from New Orleans, Louisiana. After graduating from the University of New Orleans with a BA in Communications, I relocated to Minneapolis. Talk about a drastic difference in culture and climate! In 2007, I moved to Vermont. But I’ll always consider myself a Southern girl and still consider New Orleans “home”.

My career path didn’t follow the course of what people may consider a “typical” writer. Although I worked in marketing for nearly 15 years, I did not write professionally. I grew up a bookworm (still am), reading anything that captured my attention: pirates, treasure hunting, space adventure, paranormal— you name it! My love of books compelled me to write stories of my own, mostly all science fiction. When I was 12, I received an electric typewriter for Christmas. (I know I just really dated myself with that admission.) That gift was like magic to me. I would write for hours, churning out story after story.

However, I was far too shy to show anyone my stories. One of my favourite jokes is that George McFly is my kindred spirit. Like the character from the movie, Back to the Future, I feared my writing would be rejected. Because I was smart and a bit eccentric (also like George McFly), I was not very well liked in school and often the subject of bullying. Anything that makes you stand out (good or bad) is the best way to get the other kids to pick on you more.

Occasionally there’d be a school contest to submit an essay or speech anonymously. Those were my chances to shine. I recall winning a short story contest with a tale of three astronauts marooned on Mars that were then rescued by aliens. (The original ending had them being eaten by aliens, but my English teacher convinced me to change it to a rescue.) I still think the first ending was better.

You would think that winning a contest would have bolstered my confidence in my writing. It didn’t. I listened to the voice of my inner critic and clung to the belief that the few people (close friends or family) that read my work were just “being nice”. Or that my wins were “just a fluke”.

Skip ahead a few decades and the invention of the internet. A lifelong fan of science fiction television, I discovered something called “fan fiction”. Folks that loved a TV show wrote entire new adventures about characters and posted them online. It was an incredible concept! Why hadn’t I known about this before? This new world of fan fiction sucked me right in. Eventually I became a contributor and editor for a very popular online ezine dedicated to Farscape.

The fan fiction series that I created was very well received and I even won a few fan-run contests. Suddenly the mean little inner critic that told me people were just “being nice” in praise of my writing, no longer had a valid case. These were complete strangers being honest.

Not only did this give me the confidence boost I needed about my writing, it was through this online community that I made some lifelong friends and met my wonderful husband.

It took me close to a decade to complete the first draft manuscript for Allies and Enemies: Fallen. The work was done in fits and starts with several revisions along the way. When I changed careers to nursing, my work schedule changed as well. Finding time to write was no longer a problem as it was with a “9 to 5” job. With shift work as a nurse, I have stretches of days off where I can focus solely on writing. The work on Allies and Enemies went much more smoothly then. Before I knew it, I had finally written a book!

I was hesitant to look for a literary agent. It was a way to feed my heartless inner critic. No thanks. Looking at the self-publishing success Hugh Howey had with “Wool”, I decided to give independent publishing a try. I contacted a few indie authors that I admired and got their advice on how to start. Their overwhelming verdict was to get my work professionally edited before publishing. A good editor can be very expensive. Therefore, I started a Kickstarter campaign to raise the money and found my editor through the Editorial Freelancers Association. In November of 2015, Allies and Enemies: Fallen was published as an ebook. Some months later, I followed up with a print version. Both are on Amazon.

At the time of this writing, I’ve just completed the draft to the next book in the series, Allies and Enemies: Rogues, and hope to have it ready by April of 2016.

What types of stories do you write?

Space opera is my first love when it comes to writing. I was a kid when the original Star Wars came out. My brother and I would act out scenes from the movies with the neighbourhood kids in our backyard. I never wondered about the science or technology involved with the space ships or how their weapons worked; I was always more keyed into the story and the dynamic of the characters. (At the time, it translated more to who got to be Han Solo!) 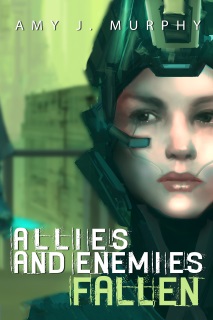 You’re the author of the book entitled Allies and Enemies: Fallen. Could you please tell us about the overall plot of your book and its main characters?

Allies and Enemies: Fallen takes place in an area of the galaxy ruled by the Eugenes, a species of Human-looking ethnocentric xenophobes that have conquered the many worlds of Origin with their military might, the Regime.

The reader is pushed straight into the action as one of the two main female protagonists, Commander Sela “Ty” Tyron and her team as they are abandoned in enemy territory by the Regime. Sela witnesses a devastating event and encounters a priest that makes her question her path in life. Like the men and women that serve with her, Sela is a purpose-bred soldier, created by the Eugenes and expected to demonstrate discipline and loyalty above all else. Although her kind are considered expendable, Sela and her men are rescued by her superior, Captain Jonvenlish “Jon” Veradin with whom she is secretly in love. However, Jon is soon labelled a traitor and sentenced to die; Sela assumes it is for the rescue of her team. She then sacrifices the only existence she’s ever known to save him by escaping the Regime.

Hunted by the very powers they once served, Jon and Sela’s new careers as fugitives are complicated further by the arrival of Jon’s sister, Erelah. She is no longer the brilliant young woman that Jon remembers. Something horrific has driven her mad. Erelah warns of a monster that wants to become her and will stop at nothing to reclaim her.

Although the book starts out as military science fiction, it evolves into more of a space opera adventure. This sets the tone for the remainder of the series.

Are you working on any other books(s)? If so, can you please tell us what we can expect to see from you in the future?

Allies and Enemies: Rogues, the second in the series, should be available by April 2016. Rogues centres the action in a wild region of space called the Reaches and introduces Earth’s perspective. There are at least two more books planned after Rogues and some related short stories that fill in the blanks and background detail to one of the main characters introduced in Rouges.

I’m planning a work with the tentative title of “The Adventure Galley”, which features an astronaut with agoraphobia in the Human area of space that’s part of the Allies and Enemies universe. Its inspired by the story of the historical figure of Captain Kidd, a privateer turned pirate from the 1600s.

What other things do you like to get up to when you’re not writing?

When I’m not writing or working as a critical care nurse, I enjoy spending time with my husband, reading and sewing. I love recreating historically accurate costumes (my favourite is the bustle gown era of Victorian England) as well as some cosplay.

From your experience, could you please share 2-3 top tips to help beginner authors who are new to indie publishing?

Believe in yourself. It may seem an overused expression, but it is the truth. If you’re willing to put the effort into writing an entire book or even a short story, you owe it to yourself (and the imaginary creatures you created) to share.

Ask for help. Although indie publishing can seem a little overwhelming, I have found the community of indie authors to be welcoming and supportive of their fellow writers. Never feel shy about approaching an indie author for advice or insights. And if you don’t get an answer you like, move on. Not everyone is a people person.

Get an editor. If you can’t afford an editor, find some people you trust as “beta readers”. They can help you point out errors and fix story issues that you may not even have considered. Fiverr is filled with people that you can hire to look at your work, but for a price. If you want people to buy your book, you owe it to your readers to turn out a good-looking readable product that’s (relatively) error free.

Get smart. Learn how to turn out a well-formatted ebook. There are tons of books and websites out there to help you do that. Chances are someone else had encountered the same problem as you and has figured out a solution they’re willing to share.

I tend to update my blog/website on a (kinda) weekly basis. You can check it out at: http://www.amyjmurphy.com.

I have a Facebook page for Allies and Enemies in development as well:

If readers want to get a copy of my book, it is available on the Amazon India store: http://www.amazon.in/dp/B017ZEYBG2