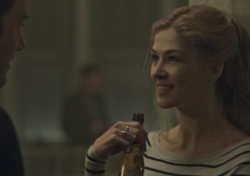 Well the #bookvsfilmclub certainly got a bit heated this month as Gillian Flynn's divisive novel Gone Girl arrived at cinema screens across the world. The tension was evident, the opinions ready to burst free.

Here's what the club made of Gone Girl (which was directed by David Fincher and written by the book's author):

The club were incredibly impressed with the film, with many actually preferring it over the book (a rare occurrence for a book vs film club!). @hmcami said that Gone Girl "will be one film I'll be recommending over the book. Don't wait go see it now you won't be sorry". @CescaWrites tweeted: "LOVED this film. Even better than the book. And I NEVER say that."

@whitniverse said: "Preferred the movie to the book. But then, I am a Fincher fan. I think crucially though, I preferred the screenplay to the novel. Well done Gillian Flynn." @GroylefinGirl also preferred the film to the book, explaining: "Film wins due to pace and humour. @BenAffleck and #RosamundPike breathe humour and life into the @GoneGirlMovie, ensuring film wins by miles." Another club member, @emzfinn, said that "#GoneGirl is probably one of the few films that I will admit is better than the book. It was fast-paced and action-packed!" and @abby_chandler agreed: "Film better than book, in my opinion." 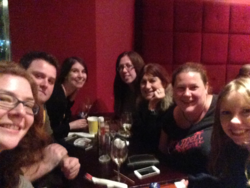 The cast were a massive talking point after the film, with @abby_chandler saying that "Affleck and especially Pike are brilliant" and @MsTamarCohen echoing her sentiments, adding that "Both leads [are] excellent". @MandaJennings also tweeted: "Thought Affleck and Pike [were] superb"/ It wasn't just about Affleck either, with @catbooks24 tweeting: "Brilliant acting by Rosamund Pike and Neil Patrick Harris".

There was a lot of love for Flynn, even by those who hated the book's ending. @emzfinn said: "I feel like the screenplay gave her a second chance to refine the story and make it a better, faster pace one for the film." @whitniverse agreed, tweeting: "It’s the flip side of “killing your darlings”. The author knows exactly what positively needs to stay."

Overall, even those who weren't keen on the book absolutely loved the film adaptation, which – be warned – more than lives up to its 18 certificate thanks to some intense violence and sexual content.

@MsTamarCohen described it as an "Interesting, uncomfortable film", @CescaWrites tweeted: "Perfectly pitched – chilling, witty, GREAT" and @hmcami summed it up beautifully, dubbing the film "full of crazy with a pinch of humour".

So the question from the club is not so much 'Will you be seeing it?' as 'When?' 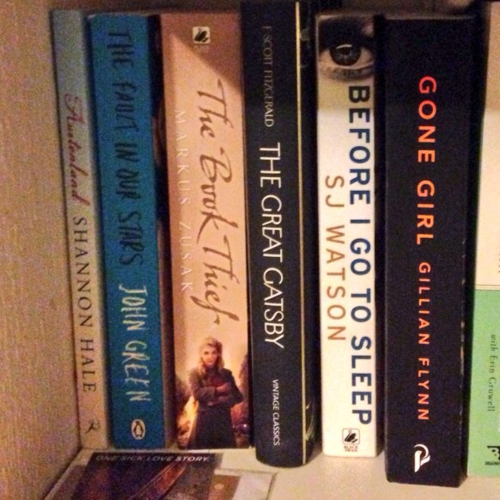 Gone Girl is now resting with the other #bookvsfilmclub titles

Our next read has been chosen and it's Men, Women and Children. Email amanda@writingtipsoasis.com or follow @bookvsfilmclub for more information.

Have you seen Gone Girl? What did you think? We'd love to read your thoughts in the comments.