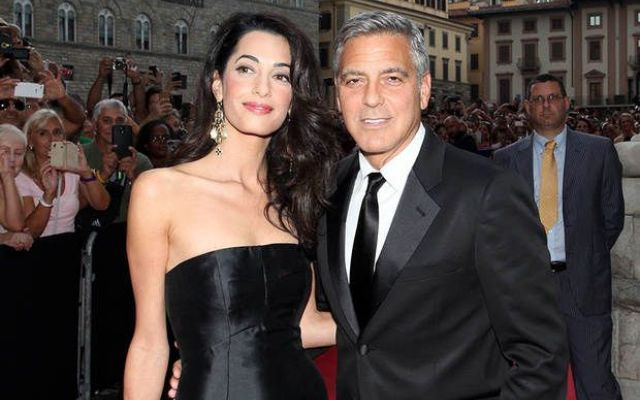 Yes, it’s official. He’s no longer a bachelor and around 1 billion female hearts across the world have been broken. This weekend the dashing, handsome George Clooney has married his quite stunning fiancée Amal Alamuddin in Venice.

There’s some consolation though, believe me, especially if you’re writing a romance story and looking for inspiration. You can use this momentous occasion to your advantage. Indeed, George Clooney’s wedding could be just the push you need to help start your words flowing. The following applies to you male writers too!

Give either the hero or heroine celebrity status

There’s nothing quite like celebrities that can pull us in. We’re very curious about them and what goes in their lives. Even those who don’t admit paying much attention to the stars, do so, in private of course!

If you’re looking for the perfect back story for one of the main characters in your romance story (either the guy or the lady) make one of them a celebrity. This could be a movie star like George of course, or a famous pop star, or famous business person who also has celebrity status.

Give either the hero or heroine a normal profession

Let’s face it. We love a romantic story in which a man and woman come together, and whose differences in profession are like opposite ends of the spectrum. Amal Alamuddin, George Clooney’s new wife, is of course a powerful and highly intelligent barrister.

Make one of your character’s have a profession, which is not a celebrity one in itself, as it will make for two lovers who have distinct differences in background and views on life. This will add diversity and an exciting tension to your story.

Make one of them initially unattainable

What has made George Clooney so attractive over the years is his unattainability. After all, George himself has stated he would never get married after his first marriage to Talia Balsam, which lasted from 1989-1993. Since then, George has had a number of girlfriends, which have included models and actresses. However, none were able to tie down George into marriage, until he met Amal that is. And the rest as they say is history.

How can you include such a theme into your romance story? Remember, we are all human and no matter how tough we try to be, when we are faced with the ‘one’ we are meant to be with, it’s just happens.

Use romantic cities as settings

George and Amal have said their wedding vows in Venice, the city made up of picturesque canals linked by bridges, which also happens to be one of the most romantic cities in the world. Call it cliché, but it’s the truth. Your readers also know Venice is romantic, as is Paris for instance.

Use one of these types of cities as a setting for an engagement, or a wedding proposal, or a secluded trip away for the couple in your story from their daily lives, so that their relationship flourishes. Of course, you could also use the romantic city setting to create conflict in the relationship. The options are endless.