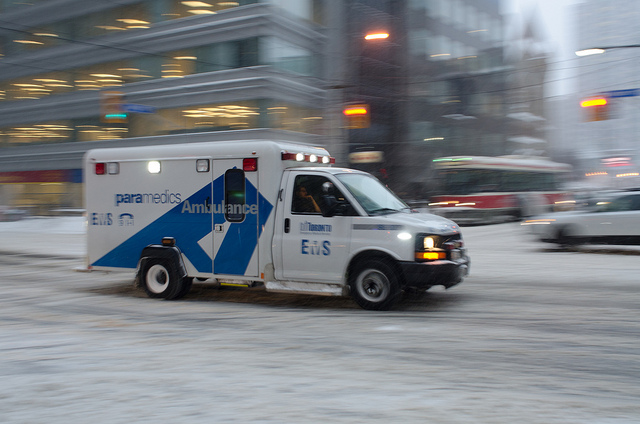 You don’t need to have a medical degree to write a medical thriller, but you need to do your homework. If the setting is a hospital, then find someone who actually works at a hospital and carry out an extensive interview of the inner workings of the place. If your protagonist is a doctor, or a nurse, then find a doctor or a nurse and interview them about their job, down to the last detail. Also, don’t be afraid to throw in medical jargon in your writing – but stay back from giving extensive explanations about the terms. Remember, you’re writing a story, not giving a lesson to your readers.

Does the medical problem (a mysterious illness, for example) that your thriller revolves around affect a lot of people? Does it affect the world? Even if it only affects a certain amount of people that are directly involved, the solution of the problem needs to revolve around a moral question – is the proposed solution ethical? A moral question adds dimension to your story, and it becomes more than just a thriller. The ethical dilemma adds to the internal turmoil of your characters, adds conflict and enlarges the distance between the right and the easy solution.

You need to be on top of all new medical breakthroughs and theoretical possibilities. That’s where new stories lie, stories that will be different, exploring previously uncharted territories. When it comes to medical thrillers, there are so many things that have previously been done, that they might seem a cliché. Of course, two stories revolving around the same medical mystery will be different in execution and ethical dilemma; however, there shouldn’t be too many similarities between them either.

When a book is centered on a medical mystery, it might lack a certain amount of action – except maybe near the end. A good thriller has constant action that moves the plot forward. Just because the setting is a hospital, it doesn’t mean that the action should be minimized, or that there wouldn’t be action at all. Remember, every time your protagonist or someone close to him/her is in danger, it adds another layer of thrill for the readers. Of course, you need to be careful not to write action scenes just for the sake of having them – they need to be necessary to the plot.

None of this will matter if the characters are one dimensional and hard to sympathize with. Your characters need layers that the readers will discover as they read further into your story. They need to be created in a way that makes it easy for the readers to connect – and root for them. If a beloved character dies, the readers should get a sense of grief, and when they accomplish something, the readers should cheer for them.

Don’t forget the bad guys, the antagonist and his cronies. They also need layers, and reasons why they’re doing the things that they’re doing. Nobody will believe in an antagonist that is bad just for the sake of being bad. Whether they do things because life has been cruel to them – or they need something from the protagonist and believe force is the only way to achieve this, the possibilities and motives are endless, and will add credibility to the characters, and the story.

Image credit: Fryderyk Supinski on flickr and reproduced under Creative Commons 2.0[author] [author_image timthumb=’on’]https://writingtipsoasis.com/wp-content/uploads/2014/12/photo.jpg[/author_image] [author_info]Georgina Roy wants to live in a world filled with magic.
As an art student, she’s moonlighting as a writer and is content to fill notebooks and sketchbooks with magical creatures and amazing new worlds. When she is not at school, or scribbling away in a notebook, you can usually find her curled up, reading a good urban fantasy novel, or writing on her laptop, trying to create her own.
[/author_info] [/author]