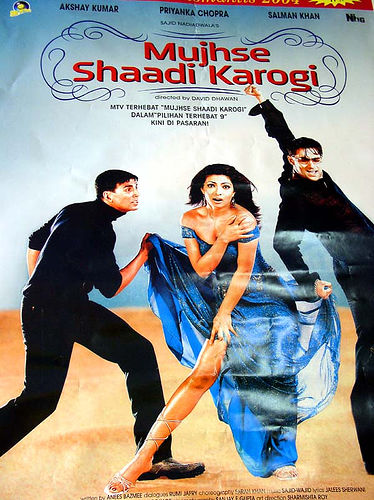 Do you dream of having your novel turned into a Bollywood movie? Well, other writers certainly have achieved it. For example, the movie Parineeta is based upon Sarat Chandra Chattopadhyay’s novella of the same name. Kai Po Che! is based upon Chetan Bhagat’s novel The Mistakes of My Life. If an achievement is possible for one human being, then it can certainly be replicated by another.

Read on to find out how to write your story in a way, which might just have the potential to be turned into a Bollywood film:

The locations in Bollywood films could be large cities such as London, New York and Mumbai, which have all been interwoven into the story, with characters travelling in between them. The settings at the locations can range from a huge luxurious mansion where one protagonist in your story lives, to a slum where another one lives. Having such opposite spectrums in terms of locations in your novel, would certainly be in line with Bollywood movies.

Have Lots of Detail

With Bollywood movies lasting up to 3 hours, it’s important to ensure you’re story has the potential to be long lasting. You can do this by making your writing highly descriptive. Describe in detail the settings you use in your novel, and the personalities of your characters.

There are characters in Bollywood movies that have minor roles, whose purpose is to support the protagonist. There might also be an opposite such character who helps the antagonist. Although the roles of these characters are small, they are often entertaining and help to keep the plot going.

Think about how you might be able to add such minor characters that are perhaps quirky and humorous, to give your novel that little bit extra.

Bollywood movies are often packed with action. Scenes can be fast-paced and changing. Therefore, ensure that your writing is thrilling at appropriate moments, through describing adventure, which your characters experience.

Have a Bollywood Style Plot

Romance is a common feature inside a Bollywood movie. Therefore, a romantic plot is a great place to start. The plot could involve a hero and heroine falling in love. However, there are many barriers to the couple being together. Over the course of the story, these challenges get overcome, and the ending then turns into a fairy tale one.

Another common plot you might want to consider, is that of a love triangle where two people in the story end up falling in love with the same person. Of course, one person will always end up deeply heartbroken.

The uses of melodramatic scenes are common across Bollywood. They work because they evoke emotions inside of us. This might be an over the top humiliation of a character and an equally exaggerated revenge for the humiliation.

Think of how you can add melodrama into your plot and sub-plots by considering what would happen if you take certain occurrences to their extremes.

The use of Hindi and English (known as Hinglish) is become increasingly common in Bollywood movies; a perfect example is the movie English Vinglish. If your novel is aimed at a younger audience then the use of Hinglish throughout the dialogue will be a great addition.

Think about the Music and Dance

Bollywood films really are not complete without music, songs, and dancing. Although, you might not be able to add these easily into your writing (unless you write songs), you can certainly think of the points in your story where you want these features to be. And when you do pitch your story to producers, you can certainly suggest where you believe songs and dances need to go!

Image credit: tajai on flickr and reproduced under Creative Commons 2.0[author] [author_image timthumb=’on’]https://writingtipsoasis.com/wp-content/uploads/2014/01/hv1.jpg[/author_image] [author_info]Hiten Vyas is the Founder and Managing Editor of eBooks India. He is also a prolific eBook writer with over 25 titles to his name.[/author_info] [/author]