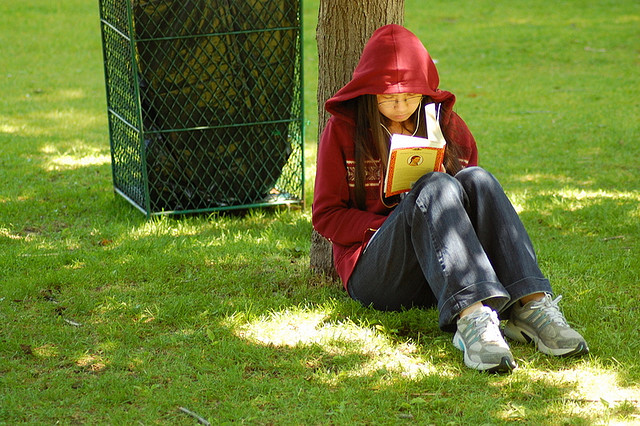 Dialogue is not just a conversation between two characters in a novel or a story. Conversation happens in real life, and this at times can be plain boring. Dialogue only seems real to the reader, in fact, the more realistic the better. However, listening to the conversations around you and taking notes will not do the trick. Because, in a novel, dialogue has to show rather than tell in a way that breaks the narrative – but still manages to convey so much information about the characters that are speaking, about their relationships and even their states of mind. That’s why it isn’t surprising that so many writers struggle with writing dialogue that’s interesting, realistic and integral to the movement of the plot. Read on to learn how to write amazing dialogue in a novel.

Give two characters an opposing agenda – they both want something different from each other and are trying, either directly or subtly to get it from the other person. This leads to conflict, tension and makes the reader wonder why these characters are behaving in such a way towards each other (even if all the characters are talking about is deciding who will go to the grocery store tomorrow). However, don’t have your characters talk about things both of them already know about each other – that’s just a really bad way of conveying information.

So, we have two characters who are conversing in a passionate, tense manner. They’ve almost resolved their issue (or increased the tension to really high levels), when they are interrupted. This allows you to move the story forward with a different kind of action. The characters can be interrupted by another person, or something in their environment that takes their focus away. Then, you resolve the conflict later, having it come up in a surprising, unexpected moment.

In real life, when we talk, we often talk too much. Transcribe a conversation and you will realize just how much. We start sentences with words like yes, no, well, and then we elaborate. Fiction dialogue only cares about the elaboration, or in other words, what is important. All the rest is just unnecessary, and it makes readers frown, and wait impatiently for the characters to get to the point. Cut away all the unimportant words the characters say, and the dialogue will move forward faster, and through that, you will keep the reader interested in every word the characters say.

One character is speaking, while the other is staying silent. Silence is a powerful tool in fiction to show that what the other person is saying has such a great emotional impact on the character that he remains silent. The other person continues talking, relentless, because they want an answer, which increases the tension. Silence is a great way to show the emotional state of a character – by not speaking, they can convey so much more than what they would have shown with words.

Hear the voice of your character before you have them voicing their thoughts in a novel. Have them talk to you in a writing exercise where you write down what they tell you, until their voice is as clear in your head as if your own. Then, you can capture their voice better when you write what they actually say. It will flow naturally. For example, a teenager will not have the same vocabulary and speaking patterns as an elderly person, or an adult. A character’s voice is the one place where readers don’t want to be surprised by how what the character says differs from who the character is supposed to be.

Image credit: Grant on flickr and reproduced under Creative Commons 2.0[author] [author_image timthumb=’on’]https://writingtipsoasis.com/wp-content/uploads/2014/12/photo.jpg[/author_image] [author_info]Georgina Roy wants to live in a world filled with magic.
As a 22-year-old art student, she’s moonlighting as a writer and is content to fill notebooks and sketchbooks with magical creatures and amazing new worlds. When she is not at school, or scribbling away in a notebook, you can usually find her curled up, reading a good urban fantasy novel, or writing on her laptop, trying to create her own.
[/author_info] [/author]