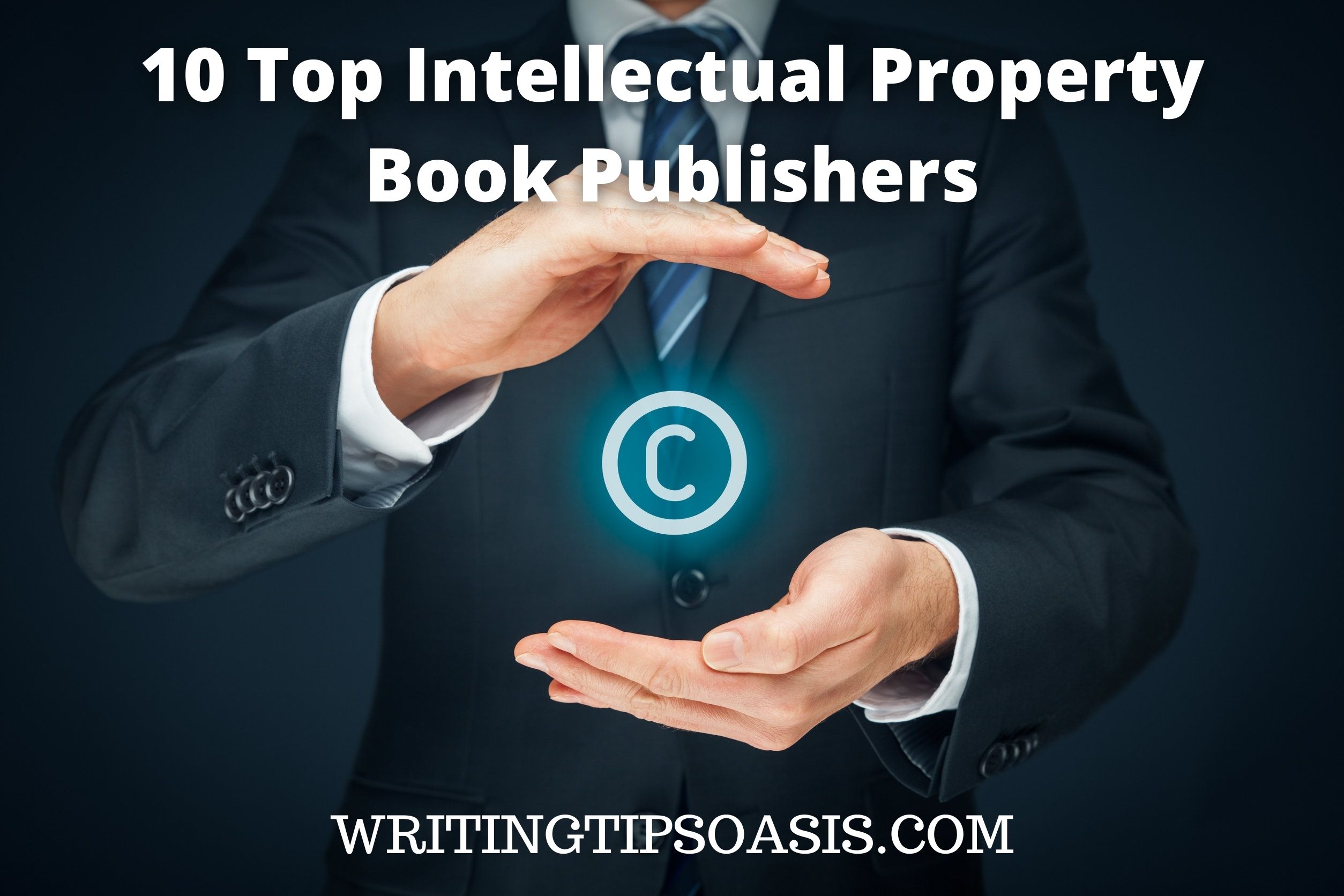 If you’re in need of a list of intellectual property book publishers, continue reading to learn about 10 of the best.

Located in London, in the United Kingdom, Bloomsbury is a publishing house that was established in 1986. Since their early days, the company has expanded and now operates out of offices around the world, including New York, in the United States, and another in Oxford, UK.

Writers interested in submitting books about intellectual property should submit their manuscripts with a book synopsis and a query letter indicating how the book will address the subject matter and how it will fare on the open market.

Yale University Press is a publisher with roots that trace back to 1908. Founded by George Parmly Day, the publishing house aligns its values and standards with the famous Yale University, from which it gets its name. It publishes books on topics from economics, language, law, health, and business.

Their portfolio includes books on intellectual property such as “The Essential Guide to Intellectual Property” by Aram Sinnreich, “Becoming Property: Art, Theory, and Law in Early Modern France” by Katie Scott, and “Property Outlaws: How Squatters, Pirates, and Protestors Improve the Law of Ownership” by Eduardo M. Penalver and Sonia K. Kaytal.

Yale University Press welcomes manuscripts from writers working on books about intellectual property. They have included detailed submission guidelines on their website, which ask for a word count and a completed manuscript.

Since it was founded in 1962, MIT Press has been recognized time and again for its work in creating reputable books on various subject matters. Located in Cambridge, Massachusetts, in the United States, the publisher produces academic, non-fiction books as well as a journal with articles on economics, science and political science.

MIT Press publishes books on biomedical sciences, business, economics, and education, among other topics. Check out some of the books on intellectual property, like “Intellectual Property Strategy” by John Palfrey, “The Intellectual Appropriation of Technology” by Mikael Hard and Andrew Jamison, and “The Intellectual Foundation of Information Organization” by Elaine Svenonius.

Those interested in submitting book proposals should reach out to the appropriate editor, which would be Gita Manaktala, editorial director of information science and communication. In your initial email, please detail what your book will be about and also how it will address any areas of concern currently not being addressed in the subject matter.

Routledge was founded in 1836 in the United Kingdom and has a reputation for being one of the world’s more notable publishers of books on a wide range of subjects, from social sciences and technology to engineering and medicine. Since connecting with Taylor & Francis, they have collectively become one of the most influential publishers in the world today.

Submitting a book to Routledge is streamlined by an information guide for authors available on their website. Writers should submit a query letter and manuscript formatted to the specifications outlined in the guideline by email to the company.

Co-founders Leland and Jane Stanford set up a publishing press in 1891 that would become Stanford University Press. Today, the California, US-based publisher is behind the production of books in a number of categories, including Asian studies, business, economics, law, intellectual property policy, and politics.

The publisher is open to considering unsolicited manuscripts but asks writers to direct their inquiries towards the most appropriate editor for their book. For example, a book on intellectual property law might be best proposed to senior editor Marcela Maxfield, who acquires books in law, versus senior editor Steve Catalano, who might be more appropriate for a book on the business aspect of intellectual property. Writers should then email or mail their submission package, including a sample chapter, author’s CV and table of contents.

Harvard University Press is a publishing house associated with their namesake university in Cambridge, Massachusetts, in the United States. The organization was created in 1913 and has been instrumental in the publication of written texts for use in educational institutions, in the press, and in libraries for public access.

Book proposals should include a query letter with an indication of what sort of book you are writing, a table of contents, as well as an author’s CV for consideration.

Founded in 1965 by Sara Miller, SAGE Publishing has grown into its current role as a publisher that delivers top-quality books in the social sciences. Currently operating out of the state of California, in the United States, its offerings include a periodical journal and books on business, education, economics, psychology and others.

SAGE Publishing is interested in taking a look at book submissions for manuscripts about intellectual property. Authors should contact the company as they write their book, rather than after it has been completed, as the publisher will want to provide feedback during the writing process.

John Wiley & Sons, Inc. is a publishing house with a history that dates back over two hundred years, when it was established in New York, in the United States. The publisher today operates out of New Jersey, in the US, as well as out of numerous branches and locations across the world.

In order to submit your book manuscript to John Wiley & Sons, Inc., writers should format their manuscript according to their checklist, and include a table of contents and a query letter indicating what you intend to communicate through the book.

Working out of their offices in Durham, North Carolina, in the United States, Carolina Academic Press is a professional book publisher that delivers new ideas and concepts in history, education, politics and many other genres and subject matters.

Carolina Academic Press welcomes new ideas and book proposals. Writers can present their concepts by email or mail to the publishing house, including a manuscript, query letter and personal contact information.

Writers who are planning to submit their manuscripts to Edward Elgar Publishing should include a table of contents, query letter and a copy of their manuscript, and submit it online attached to an email or as a Google Drive link.