Jacqueline Winspear has been telling us about her writing process and book recommendations. Her latest book, The Care and Management of Lies, is set during the Great War and is out now. 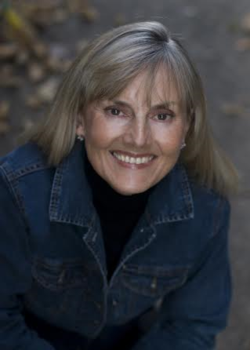 In all sorts of places – the newspaper, something overheard, a snippet of family history. I find a nugget that lays down the kindling for a story, then later – sometimes years later – another piece of inspiration comes along to add fuel, and then perhaps something else to add the spark that gets it all going and lights the fire.

Can you tell us about your average writing day?

It’s a working day like anyone else’s, except that I structure my eight or nine hours of work in a different way. I get up, walk the dog, have some breakfast, and then get down to work around 7:30am – 8:00am. I stop around 11:00am, and go out to the stables nearby where I ride my horses – I train almost every day in the equestrian sport of dressage (being on a horse gets you out of your head). I’m home by about 1:00pm and get down to work again straightaway until around 4:30pm, when I take the dog out for another walk. I return home and then work some more until dinner. I spend an hour or so dealing with “admin” every day – emails, letters, etc. But generally, it’s a working day that seems to reflect that of any self-employed person – you put your hours in, but you can be flexible about it.

No, I never think of anything but my characters when I’m writing – it’s their story, after all. Famous people don’t necessarily inspire me – if anything I’m more inspired by ordinary people.

This is a really hard one, as I don’t have a favourite – or rather I have too many favourites.  There are writers I’ve really enjoyed and whose work has resonated with me at different stages of my life, but I can’t pick one book, not one I would read time and again at every stage of my life.

I’m going to give two names here, and for different reasons. First Rumer Godden – because she did not wait for the “perfect” time to write, she simply wrote when she could. Her earlier works were often written in snatches of time when she wasn’t dealing with spitting cobras, Kashmiri rebels, an inefficient water supply at a hill station in India, and a first husband who was intent on spending all their money while she taught dancing to keep house and home in order! She would write in the odd five minutes here and there in her early career as a writer, because that was all the time she had – and she was a prolific writer who – I believe – knew that to write a book you had to just sit down and write, rather than waiting for the so-called “perfect” moment.

Susan Howatch would be my second, because she defied all notions of genre with her Starbridge Series and the St. Benet’s series that followed – the books demonstrate skill in character development and are deftly plotted with wit and a fine balance between narrative and dialogue. In addition, they are both literary and highly commercial fiction, and have garnered not only millions of readers around the world with a broad demographic reach, but attracted the attention of academia, so scholarly were those novels. That is a feat – to produce a strong work of fiction that is literary, commercial and scholarly, and is accessible to a broad readership.

I’ve just read Colm Toibin’s new novel, Nora Webster (to be published in October), and it’s a truly beautifully crafted story of a woman’s journey through grief, coming to a point where she has such a powerful sense of herself and her place as the story of her life has changed. This could actually become my most beloved woman’s book. My favourite thriller of the year (and probably of the last several years) is I Am Pilgrim by Terry Hayes. It has everything – a wickedly clever plot, expertly crafted characters, and as the action moves around the world, so the sense of time and place is spot on. I was out of breath by the time I finished it – on the edge of my seat! And for something completely different, I picked up a copy of The House Is Full of Yogis by Will Hodgekinson – I love memoir, so I try to read quite a few during the course of a year, and this one is a compelling coming of age story set in the immediate and very recognizable past. 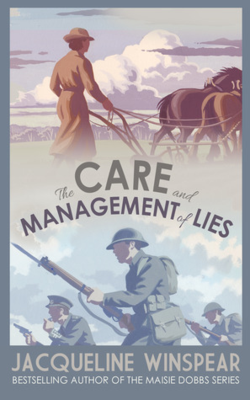 When I begin a new novel, I know the opening, I know the arc of the story, broadly speaking, and I know the final scene. I know my characters, but I will also learn more as I go along. By the time I start I’ve pretty much done my background research, and I have an understanding of the themes I want to weave into the story. I write my first draft and that’s the one that goes to my editor – I don’t have time for anything much more than a spell-check. But before you gasp in horror – I’ve done a lot of thinking by the time I start writing, so the first draft comes out fairly clean. My editor reads at the same time as I’m re-reading, and then she’ll let me have her “big picture” comments – which invariably mirror my own. I then revise again to provide a second draft. I read again, and so does my editor, and at that stage she’ll probably do a line edit. Then there’s one more light revision after that to “finesse” things. So, I do three drafts in all, then it goes to copyediting.

Very straightforward actually – by the time I was in my late-thirties, I knew that I wanted to write and to do that I had to make more time in my day (I had a very demanding job), so I changed my job to one that allowed me a bit more flexibility, then I set about getting my articles and essays published – I wanted to write non-fiction, and really wanted to try to get a column in a newspaper (it was a much bigger ambition than being a novelist, which wasn’t even on my radar). Then one day I had the idea for my first novel, Maisie Dobbs (I was stuck in traffic, daydreaming), and I began to write that very evening. Soon after, I had a very bad riding accident, was thrown from my horse and crushed my arm and shoulder and broke my nose. I had major surgery on my right arm, and was looking at several months stuck at home recovering and doing physiotherapy. So, I began using my left hand on the keyboard to finish my novel – I wanted to have something to show for myself after those months at home.

Cutting the long story short, when I’d finished the novel, I sent out sample pages to 10 agents, along with a cover letter, synopsis and chapter breakdown, and I wondered if I would ever hear from anyone. Three agents contacted me pretty much within 10 days, and I signed with one of them within another month. That was coming up to Christmas 2001, so given the time of year, my agent decided to wait until February 2002 to go out to publishers, which was a good idea, and by the end of March I had a publisher. And on it went from there. I also worked hard at getting the use of my arm back! I have been with the same agent ever since.

That you need to do something special or be someone special to write and publish. I’m amazed that people often ask me if I have a special place, if I light candles before I write or have a ritual. People don’t ask doctors if they have rituals, or lawyers, or designers. The key is to sit down and write. The place doesn’t have to be on a mountain, or by a lake or overlooking the ocean (chances are you’d only stare out of the window anyway!) – just a place that’s fairly comfortable and that offers a measure of peace and quiet. I have a room that’s loosely my “office” but I tend to write at the dining table. I prefer it. The only thing you have to do to be a novelist is to have a story idea, and you begin to write that story by allocating time every day to laying down the words. If you have a day job, frankly, so much the better – people with limited time can be much more efficient. Some of the world’s most revered authors have crafted their most memorable writing while also working in factories, offices, shops, hospitals, police departments, schools and other places of work. The key is to really want to write, then to write and you go from there.

The same advice that was given to me – you sit yourself down and you write (or if you prefer standing, that’s OK too). Writing is a physical as well as an intellectually, spiritually and emotionally demanding job – you need endurance and stamina to stay the distance, so remember that. Set yourself a period of time each day, and stick to it. No excuses. If this is something you really want to do and you don’t do it, the only person you’ll let down is yourself.

Finishing up another novel, plus working on a short story and an article.