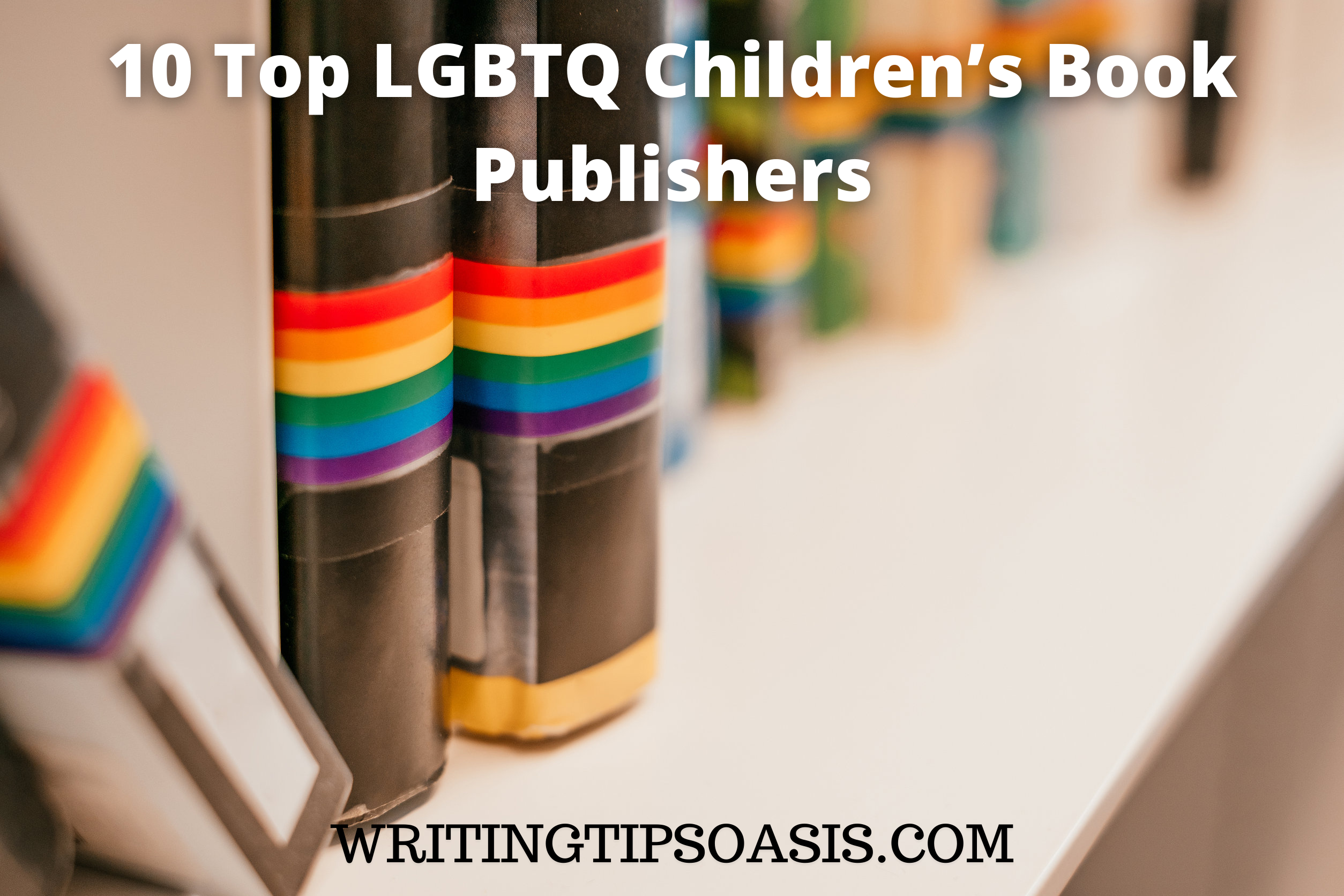 Flamingo Rampant, founded by S. Bear Bergman and j.wallace skelton, originally began as a Kickstarter project in 2015. This micropress’s mission is to provide children’s picture books highlighting positive messages around feminism, diversity, and LGBTQ+ families and communities. They have published 16 children’s picture books, including Colors of Aloha by Kenoa Kau Arteaga and The Zero Dads Club by Angel Adeyoha.

All publications are funded via an annual Kickstarter campaign. You can submit an idea for publication at anytime by following the guidelines on this page, and you can contact them here if you have any other questions or want to special order some of their past publications.

A Vancouver, Canada based company, Arsenal Pulp was founded in 1971 as Pulp Press by brothers Stephen Osborne and Tom Osborne. They have published over 400 titles ranging in genre from literary fiction to graphic novels to nonfiction, and on a range of topics from social issues, gender studies, BIPOC and regional history.

Some of their children books focusing on LGBTQ+ themes include The Name I Call Myself by Hasan Namir and From the Stars in the Sky to the Fish in the Sea by Kai Cheng Thom. They also publish engaging young adult novels dealing with the struggles LGBTQ+ teens in schools, such as Synchro Boy by Shannon McFerran and Rough Patch by Nicole Markotic. You can find out how to submit your own manuscript for publication here.

Lee & Low Books, located in New York City, was established in 1991 by Tom Low and Philip Lee to satisfy a need in the children’s market for more storylines representing diverse and underrepresented voices. They have a growing LGBTQ+ collection of titles, including Sparkle Boy by Lesléa Newman and Antonio’s Card by Rigoberto González.

Each book purchased from Lee & Low also comes with a teacher pack with cross-curricula activities to encourage classroom study and conversation. While Lee & Low are closed for writing submissions, they do take submissions via literary agents or through their two annual writing contests for unpublished BIPOC writers. You can find more details here.

Recently, Little Bee Books has been at the forefront of publishing children’s books by and about LGBTQ+ writers, including Two Grooms on a Cake: The Story of America’s First Gay Wedding by Rob Sanders and the People of Pride series, which includes biographies about famous LGBTQ+ personalities such as Ellen Degeneres, Harvey Milk, and RuPaul Charles. Unfortunately, Little Bee Books doesn’t accept unsolicited manuscripts, only through literary agents.

In 2019, Liz Frances founded Street Noise Books in Brooklyn, NY, in response to what she saw as a conservative radicalization following the 2016 presidential election. To that end, Street Noise Books prides itself on providing young adult nonfiction graphic novels and memoirs about important social justice figures in history, particularly those in the LGBTQ+ community.

They publish about 3-4 books a year, including such titles at Queer as All Get Out by Shelby Criswell and I’m a Wild Seed by Sharon Lee De La Cruz. They are always taking manuscript submissions, so if you have something you’d like them to consider, visit their guidelines page here to find out how.

Based in Toronto, Canada, Second Story Press was founded in 1988 by four women who wanted to provide feminist-oriented fiction and nonfiction for children and young adult readers. They advocate diversity in all contexts, including LGBTQ+. Some of these titles include The Stone Rainbow by Liane Shaw and Mom and Mum are Getting Married by Ken Setterington (including a baby board book version titled Mom marries Mum!).

Second Story Press do accept unsolicited manuscripts, as long as they are not poetry, short story collections, romance stories, rhyming picture books or books with human-acting animals. You can find further guidelines (including how to submit) here.

Magination Press is an imprint of the American Psychological Association, created in 2008 with the goal of providing children and their carers with stories and texts to help grapple with the complex feelings and unavoidable traumas child might deal with in their young lives. They publish chapter books and picture books, in both the fiction and nonfiction genres, with many of these focusing on LGBTQ+ topics. Such titles include Jacob’s School Play: Starring He, She, And They by Ian Hoffman and Sarah Hoffman and Papa, Daddy, and Riley by Seamus Kirst.

Magination Press does accept submissions but only after first submitting a query letter. See all submission and query letter requirements here.

Candlewick Press has been a household name of children’s publishing since launching in Massachusetts in 1992. They are known for publishing fiction, nonfiction, poetry, and short story collections for children and young adults aged 2 to 15. For at least the last fifteen years, Candlewick Press has been publishing books with LGBTQ+ storylines, such as It Looks Like This by Rafi Mittlefehldt and ‘Twas the Night Before Pride by Joanna McClintick.

Unfortunately, they are not accepting manuscript submissions at this time but if you would like to submit as an illustrator, you can follow their guidelines here.

Judy Galbraith founded Free Spirit Publishing in Minneapolis, Minnesota in 1983 to publish books and learning resources that helped address the hard-hitting, real-life issues of growing up in a child-friendly way. They publish fiction and nonfiction chapter and picture books, as well as poetry and short story anthologies. They are a female-owned business with a selection of LGBTQ+ publications, such as Jamie and Bubbie by Afsaneh Moradian and LGBTQ by Kelly Huegel Madrone.

They are always looking to add more publications to their catalog, so if you think you’ve got their next LGBTQ+ storyline, check out their submission guidelines here. They may take a little while to get back to you but their reputation as one of the leaders in children’s social and mental learning is worth it.

An imprint of Abrams Books (based in New York City), Amulet Books was founded in 2004 to publish fiction, nonfiction, and graphic novels for young adults. Most famously known for their Diary of a Wimpy Kid series, Amulet also publishes a collection of LGBTQ+ books, including Between Perfect and Real by Ray Stoeve and Out!: How to be Your Authentic Self by Miles McKenna.

While Amulet Books does not accept unsolicited manuscripts, they will consider manuscripts suggested by literary agents.