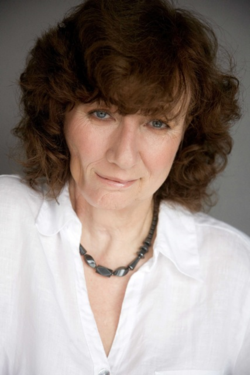 Just step up and begin. Do it – and keep practising until it becomes so much a part of you that you can’t imagine not doing it.  I wish I’d known this one simple thing years ago, I’d have saved myself a lot of grief and wasted time. If it’s what you want but you’re doing other things instead, ask yourself why and how to change it.  This is your real, your actual life you are living, it’s not a trial run. If there’s something you want to do, then it’s up to you to make the move and do it, otherwise it won’t get done. It’s as simple – and as hard – as that.

I think most parents will identify with the idea that you only raise your children up to a certain point: once they cross into adolescence, your influence wanes. After that, it’s mostly down to luck and who their friends are, what their friends are into.

The writers you hang out with on the page will influence your development, whether you’re consciously aware of it or not.  The incredible gift of writing is that if you want to spend time with the thoughts of someone who’s been dead three hundred years, you can.  The conversation may be a little one sided but there are other ways to stretch it – by getting into discussion with their ideas in your notebook or in essays or with your living, breathing friends.  No matter who your current literary crush is, their mind is available to you for the price of a book.

The one thing we are all short of, whether we realise it or not, is time.  Don’t waste yours idling at certain street corners because you think it’s cool to be seen there.  Don’t let yourself be backed into a corner by the party bore.  Think who you want to be with tonight. Make it happen.  You know how.

3. Give the reader work to do

If you explain everything you’ll bore the reader to tears and find yourself back on the shelf in no time flat.  You know that old saying, that the way to persuade your boss to implement some brilliant innovation is to make her think it’s her idea?  Same principle applies here.  Let your readers figure things out for themselves; it gets them involved, deepens their interest.

I mean, really pay attention.  Your mind might be leaping ahead to the part where you get to key in The End. You might be practising the formatting, how many tildas, and so on.  Your deadline might be five minutes ago.  But SLOW DOWN.  Think about what you’re doing, what you’re making your characters do.  Be in it with them.  Is this what you meant? Be alert for what might be going on offstage. What’s behind the words?  What’s under them? It’s not as easy as it sounds.

If something isn’t working, try cutting it.  It’s amazing how often the troublesome things turn out to be irrelevant, or unnecessary. If you really like the scene, or an image, or the way something’s phrased, save it somewhere else.  With every draft I usually have an Offcuts file, where all these random, occasionally promising but largely unco-operative lines end up.  The idea is that I can find them to use somewhere else if I want to, but in practice I rarely look at them again.

Fallen by Lia Mills is out now.