Have you ever been so inspired by an author’s work that you wish you could tell them exactly how much they have impacted your life? In this series, Literary Love Letters, we do just that – share open love letters to inspiring authors. Today, author Katie Fforde, whose new novel A Summer at Sea has just been released, writes to Georgette Heyer, the writer known for establishing the historical romance genre and its subgenre Regency romance. 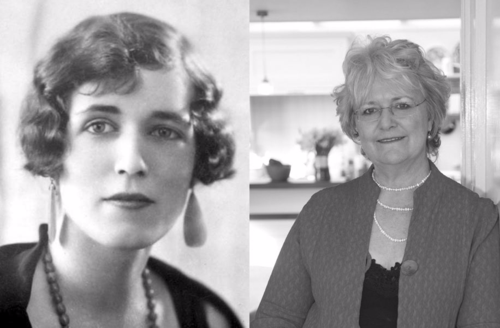 Knowing your rather formal nature I won’t presume to use your Christian name. I know you apparently despised your fans, ‘inkies’ you called them. But in spite of this, I would like to thank you. You taught me so much.

Firstly, as a thirteen year old, you taught me that men didn’t like wimps, and it was not important to be stunningly beautiful. ‘A pair of fine grey eyes’ would usually suffice. The fact that I lacked eyes there were either fine or grey didn’t bother me. I understood the principle.

I didn’t know I wanted to be a writer when I was thirteen, but I did know that I devoured your books as fast as I could get my hands on them.

I loved your characters. Your heroines were amusing, brave and attractive. They were resourceful, they were intelligent.  I wanted to be like them. (I failed.)

I also loved your heroes and have since discovered that like my heroes, they are fictional. Men aren’t really like that. In many ways they are better, but they’re not like that.

However, now I am a writer I’m in a position to be a bit more critical (although I will now get hate mail from other writers). Sometimes you miss out a potentially hilarious scene – one example being at the end of Venetia. She should have gone back to her family home that had been over-taken by dreadfully bullying and vulgar people, with your wicked marquis on your arm.

But this won’t stop me re-reading them, as often as I can (although I know most of them almost by heart.) And when my own first book came out, someone asked me if they could detect your influence. I apologise for mentioning this and only have the temerity because this is a letter you will never read.

I am truly grateful.

Your very obedient servant – or my favourite valediction from Faro’s Daughter, ‘Yours to command’