Now that she has closed the book on her long-running Sookie Stackhouse vampire saga – inspiration for TV's True Blood – author Charlaine Harris is focussed on a brand new rural Gothic trilogy set in the fictional town of Midnight in Texas. Dark and intriguing though it may be, here, Charlaine tells us about the importance of humour in her stories. 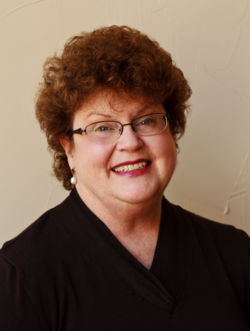 My life started running much more smoothly after I realized how funny life is. I was a serious (and very dramatic) teenager, so those years were pretty rocky. But once I hit my twenties, especially after some unpleasant experiences, I knew it was time to appreciate the humorous side of everything. Though I’m not a practical joke aficionado by any means, I do think we often find ourselves in situations that we can only laugh about. And the sooner, the better.

At least, I find myself in those situations. Maybe it’s because I’m disposed to laugh, especially at myself, that many things which used to upset me or make me angry no longer seem to have that effect – or at least, not for long. Even when something really irritating botches up my plans, I can at least realize that it will make an amusing story … later.

Like the time I met a very, very famous Hollywood producer at a party and we had a conversation that was surrealistic – until I realized that he thought I was Stephenie Meyer. That might have been a blow to my ego, but actually, it was pretty darn funny.

When I began writing, my first few books didn’t reflect my sense of humor. It took a while for me to realize that if other writers could incorporate their senses of the ridiculous into their works – and do it excellently – I could, too. The late Elizabeth Peters was one of my role models in this., and there have been many since. My first series protagonist, Aurora Teagarden, had a sense of fun that came from me. I couldn’t let that seep into my Lily Bard books, which are quite dark, but when I came to create Sookie Stackhouse’s world, I gave the laughter free rein. It felt wonderful.

Now that Sookie is behind me and I’ve been writing my books about Midnight, Texas (the second, Day Shift, is just out), I’ve curbed the print funniness a bit. Midnight is not the place Bon Temps was, but I’ve found that there are moments when there’s something amusing going on even in this small town. Mr. Snuggly is pretty ridiculous, for example.

I can’t imagine trying to write a book without expressing at least some of my sense of the silliness of life.  And I hope you enjoy seeing things through that viewpoint, too.

Midnight Crossroad and Day Shift by Charlaine Harris are out now.