What happens when you send bestselling A Parcel for Anna Browne author Miranda Dickinson to interview bestselling Appleby Farm author Cathy Bramley? Lots of thoughtful and intriguing chat about writing and women’s fiction is what. Goes down a treat with a cup of tea! 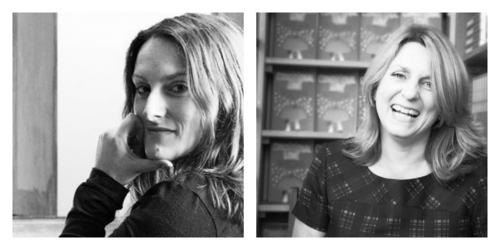 Miranda: Cathy, I’ve been a huge fan of your work since I read Conditional Love. How do you feel about everything that has happened to you as a writer since you wrote and self-published your first novel?

Cathy: Overwhelmed, blessed and totally thrilled! I am genuinely blown away by what has happened in my writing career since getting ready to self-publish Conditional Love two years ago. I had the idea of writing one book as a challenge – just to see if I could. Even before I’d got to the end of the first draft I’d got ideas for two more. Then I began to realise that this was the new direction I’d been searching for. I’m so happy that I took a chance on writing that first novel.

Miranda: Are you writing full-time now or do you still have a day job?

Cathy: I’ve been writing full-time for a year now. I’d run my own PR and Marketing agency for 19 years and had known for a while that I needed a change. I gradually reduced the size of my business until it was just me and one other Account Manager, then I gave her the clients to look after and became a full-time writer. The thing with writing is that it’s not just about writing the book; marketing and promoting your work takes up a lot of time too. I am lucky that my contract with Transworld allows me to focus solely on being an author because just doing that is a seven day a week job!

Miranda: Your protagonists always jump off the page – Sophie Stone in Conditional Love, Tilly Parker in Ivy Lane, Freya Moorcroft in Appleby Farm and Holly Swift in your new series, Wickham Hall. What makes a main character memorable for you?

Cathy: Thank you! I love characters who will get back up when they’ve been knocked down, who’ll stand up for themselves and what they believe in. But to be truly memorable, I think they need an air of vulnerability about them so that we, as readers, can cheer them on and think: ‘Come on girl, you can do it!’ 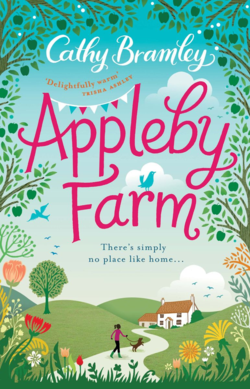 Miranda: What attracted you to writing serials? Do you find the writing process differs from writing a full-length novel?

Cathy: I was attracted to serials by a request from Transworld to write one for them! To be perfectly honest, I was a bit nervous about it but once I’d worked out how long each part needed to be and what made for a satisfying yet compelling ending to each part I became addicted to writing this way. Also, I attended a workshop given by Julie Cohen a couple of years ago about how Disney Pixar implements the three-act structure and I apply that to each series religiously!

Miranda: What’s the loveliest compliment you’ve received about your writing?

Cathy: Ooh goodness, that’s a tough one. I regularly get messages from readers which melt my heart. I had a lovely one once from someone who had had a similar experience to Tilly Parker, the main character in Ivy Lane and her message brought me to tears. But if I had to pick one I’d say it was the message I received after I’d pitched my second novel (White Lies and Wishes out 2016) to literary agent, Hannah Ferguson. She emailed me straight back saying that she’d been planning on contacting me. That was a huge confidence boost and we’ve been working together happily ever since!

Miranda: What’s the strangest thing that’s happened to you since becoming a published author?

Cathy: I’m not sure this quite falls into the strange category, but I still can’t get used to seeing press coverage about me and my books. For years, my job was to secure media coverage for my clients and their products. Now I have someone doing that job for me and I can text my mum and say ‘Buy the Daily Express today, I’m in it!’

Miranda: Your new series, Wickham Hall, is wonderful and I’m hooked already! Who would you cast in the TV adaptation?

Cathy: Ooh, I love this question. I often cast my characters during my plotting and planning stage and pin their pictures up on my notice board! 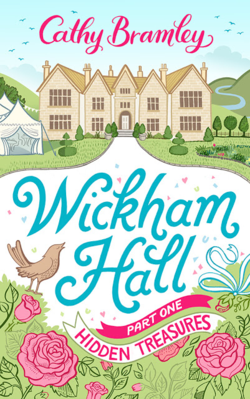 Miranda: Every writer seems to have a different way of working. What does a Cathy Bramley writing day look like?

Cathy: When I’m working on a first draft my writing day looks a bit frantic! My desk is littered with notebooks, half-drunk cold cups of coffee and scraps of paper. In theory I’m very organised; I have a long synopsis to work from and then a short sentence describing what each chapter should cover. Sometimes the words leap from my fingers onto the laptop and at others I could weep with frustration. I’m usually at my desk by eight thirty in the morning and like to begin writing by nine. Each chapter in my series is a minimum of 2500 words long and some as many as 4000 and I try and write a whole one each day. Obviously I don’t always manage it!

Miranda: Let’s talk dream projects now! If you could write any story in any genre and any form (book, screenplay, radio play, musical!), what would you love to write and why?

Cathy: I would LOVE to write the screenplay for Ivy Lane. The reality TV show The Big Allotment Challenge and of course, Gardener’s World are hugely popular and I think there is room for a TV drama with a gardening theme. Ivy Lane has a cast of quirkily eccentric characters and it could be such a lovely setting with rows of potting sheds, colourful fruit and vegetables and of course the pavilion in the middle. TV producers if you’re reading this – a Sunday evening slot would be perfect. Thank you!

Miranda: What is the most important thing you’ve learned about being a writer?

Cathy: I’ve learned so much over the past two years and continue to learn with every book I write. However, I’d say the most important thing is to just keep going. Sometimes you’ll feel like the book you're writing is the BEST thing you’ve ever done. The following day you’ll hate it with a passion and will want to set fire to your manuscript and write that other brilliant idea that has just occurred to you. I’ve learned that all writers feel like this and it is perfectly normal authorly behaviour! You just had to get through the bad days and have confidence in yourself. In the words of Disney Pixar’s most famous fish: ‘Just keep swimming, just keep swimming.’

Thank you to Miranda Dickinson and Cathy Bramley!