2013 was a big year for me. In March I finished writing and polishing my novel, Our Endless Numbered Days, and sent it out to agents. In April I signed with Jane Finigan from Lutyens and Rubinstein, and in the middle of July I got married. Earlier in the summer, Jane and I worked on some edits of my manuscript and Tim and I worked on our wedding plans. We booked a woodland campsite, hired a marquee and a generator, arranged the catering, invited all our friends and family, and told them to bring their tents and sleeping bags. 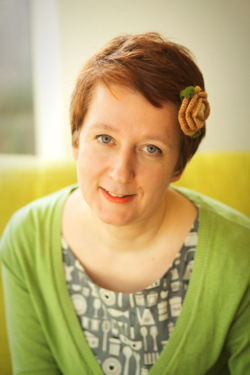 At the end of June, Jane sent the novel out to a list of editors that she thought would be interested, and at the beginning of July we received three offers. I did a little scream in the office after my call with her, and then told my colleagues that my novel was going to be published, I just didn’t know who by yet.

Our wedding day came – a Saturday – with the auction for Our Endless Numbered Days scheduled to finish on the following Monday. The wedding was wonderful – the sun shone (in fact it was one of the hottest days of the year), the food was amazing (various Pakistani curries and two mountains of profiteroles), and the generator didn’t break down. Everyone stumbled to their tents in the early hours and late on the Sunday morning Tim and I cooked our guests bacon and eggs. We only did a little sorting out on the Sunday after everyone had packed up and gone; it was the Monday when Tim and my new mother-in-law, Anne, did most of hard work of tidying and clearing the site.

And so that’s why I was in the back of the car squeezed on all sides by boxes of empty wine bottles, dishes of left over aloo gobi and half a ripe brie, and with a bin-liner of rubbish on my lap when the call came from Jane: Fig Tree, an imprint of Penguin had won the auction.

It was an amazing, surreal feeling to realise that a book I had written on my sofa with no real expectation of it being read by anybody was now going to be published by Penguin. And, even better, I was married to the loveliest man alive.

Our Endless Numbered Days by Claire Fuller is out now.