Gillian Binchy has signed a three-book deal with Poolbeg Press – a Ward River Imprint – and her first book Ruby's Tuesday is out now. Next Thursday, we'll be finding out more about Gillian, her debut novel, the inspiration behind it, her famous literary relative (Irish novelist Maeve Binchy), and much more. Today, Gillian is telling us about her book deal moment. 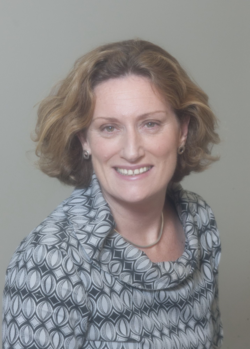 It was early on a Saturday morning in October 2013; I was getting ready for a swim, an unknown number appeared on my phone. Hesitating, I answered it. The lady, she said that she was calling about the book, about my novel, that they were very interested in the story. She was clear concise and adamant that it be a three book deal. She was calling from Poolbeg Press, her name was Paula Campbell. I liked her instantly.

By now I had returned to my day job, life slowly had seemed to take on a new version of reality. A very different reality from before. Laughing, I told her that I hoped that there would not be another two tragic novels in my life. I asked her would a one book deal not be better – that I had no idea whether I could actually write another book. The lady was firm but very polite, No, it would need to be a three book deal. It would need to be edited and they hoped to publish it early in 2014. ‘Okay,’ I said not really sure if it was okay or not. The book was my legacy for our daughter Zeldine Binchy Smith, but did I really want the whole world to intrude on my story of our heartache? I was torn – temporarily. Did I really want it to be published? Then, I told the lady with the clear and concise voice that yes I was thrilled for them to publish it – to publish all three of them. I think that was what I said anyway.

It was a beautiful autumn morning; the sea was still and the air very calm, colored sails appeared lifeless on Dublin bay. I hung up from the lady and ran from the desk at the window overlooking the bay and the ruby coloured trees into Gary’s arms. I cried, my tears turned to howls as the shock and reality set it. We put on our swim gear and set off to swim to the yellow buoy near the 40 foot in Dun Laoghaire where Zeldine’s ashes are spread. There we told her the story of our book deal.