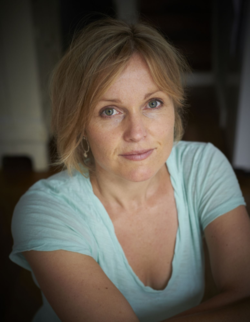 It all began when I stumbled across a magazine article about Alexandra Morton, one of the first marine biologists (and possibly the first woman) to study killer whales in the wild, way up off the coast of British Columbia. I was trying, and failing, to write a comic novel at the time. But Morton’s story lodged in my mind and I found myself losing interest in my comic characters, and doodling a short story about a killer whale researcher instead.

That story became the first draft of The Missing One – it took nine months to write. And it was awful. I abandoned it in despair, telling myself I’d never be a novelist. I was much better at non-fiction. But a year on, I kept thinking about my whale lady. So, I picked it up again, and I began a huge rewrite. I worked in secret for almost a year. I was so embarrassed by this foolish, doomed project that I didn’t even tell my husband.

Finally, I had a version I thought was OK. So I mustered all my courage and sent it to a well-known literary agent, Judith Murray of Greene & Heaton. She loved it. She began by sending it out to a handful of editors, but they all rejected it. They were nice, tantalizing rejections. But rejections they were. Once again, I was plunged into despair. I’d wasted two and a half years of my life doing something I was clearly no good at.

But Judith wasn’t going to give up. She knew it wasn’t over. She persuaded me to redraft the book – again. It took all my determination and every ounce of what little self-belief I had left to do this. But I did it – a third, radical rewrite. And suddenly, something clicked, it just came together. And one day, another nine months later, I had it: the book I’d always set out to write – the sort of book I’d like to read myself, with strong women and a compelling plot.

I was sitting in my office, the day the phone rang. Judith’s voice was breathless. ‘Are you sitting down?’ she said. ‘You’ve got a two book deal.’ I took a deep breath and I closed my eyes. All those years and the countless rewrites – every single minute of self-doubt and hard graft was worth it, just to hear those words.

Lucy's novel, The Missing One, is out now.