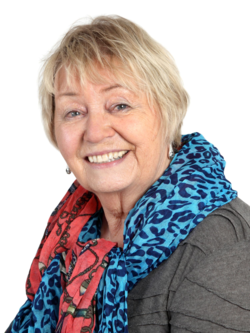 I’d been writing stories for years, loving the exercise of imagining a character and then discovering what this hero or heroine would do when I began to write their story. Fascinatingly, they started to live their own lives, go in ways I hadn’t planned and do stupid or heroic deeds, which only occurred as I got to know them better. It had become an addiction and I wrote every day but, despite writing so much and working to improve my skills, my novels were constantly rejected by both publishers and agents. Nobody wanted to know.

Then one of my daughters suggested I self published my novels as eBooks. One by one they went onto Kindle and, after a few weeks, I began to get reviews. And good reviews. I was thrilled. People who didn’t know me, weren’t friends or members of my family, had actually read and liked my novels. I felt like a writer and that nothing could be better, or so I thought.

It was an email. An email which appeared quite unexpectedly one day, nestling amongst the holiday offers, seed catalogues and messages from two of my children announcing that they and their families were coming for the weekend. In my haste to plan food and beds I almost skipped over it.

It was a fairly short email, from an editor at Random House, saying that she and her boss had read my latest eBook and would like me to get in touch.

I looked at the email briefly and my finger hovered on the delete button. It’s got to be a scam, I thought, but left it throbbing in the machine while I went out to the shops.

I looked at it again when I came home and showed it to my husband. “What d’you think?”

“Google them,” he grunted. “Then you’ll know if they’re real.”

“Good idea,” I grunted back, still not believing, but there they were, two women, photographed sitting in the Arrow offices at Random House and looking quite respectable…anything but con artists.

“It is real!” I squealed, to everyone who would listen and my heart started to do summersaults.

So, a couple of weeks later, I went to London to meet these real editors and my agent…now, magically, I had an agent, and after a couple of hours and a champagne lunch, I came away with a book deal, which included six of my Kindle novels and a contract to write two new ones.

It was stunning moment, a moment I savoured all the way home on the train, grinning like a fool and repeating to myself everything that had been said over lunch, or as much of it as I could remember.

Stunning, as I said, but not as stunning as when, several months later, I held my first book in my hand: Love of a Lifetime. My rejected baby was in print.

Now, When I was Young, my second published novel, has landed. The next, What Tomorrow Brings, is due out in August 2014. And the thrill goes on.

Mary's latest novel, When I was Young, is out now.