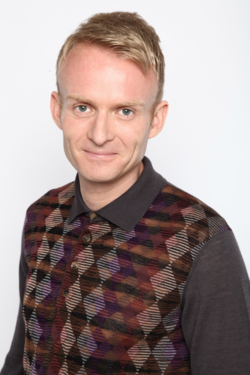 I love to write fun, frothy fiction women might enjoy reading on a beach holiday; my first novel, Shot Through the Heart, is a romantic comedy about a Hollywood actress who falls in love with a paparazzi photographer. But when I first heard it was going to be published I was in another world entirely…

At the time I was working as the arts correspondent on Channel 4 News, a job I loved as I got to interview everyone from Tracey Emin, Michael Douglas and the Spice Girls to each year’s winner of the Women’s Prize for Fiction. But when my agent called to tell me I’d been offered a two-book deal by Pan Macmillan, I was filming a report behind the scenes at the Royal Ballet.

I remember sneaking out of the rehearsal studio to take the call and whooping for joy when I heard the news. Like all aspiring writers, I’d had to write in my spare time for years before landing my first deal – and had experienced my fair share of rejection along the way. So standing in the corridors of the Royal Ballet I could hardly contain my excitement.

The problem was that I was working on a news story that was due to air in that evening’s programme. So I had to pull myself together and go back and finish the shoot, forcing myself to concentrate as I interviewed dancers and filmed them rehearsing for their latest ballet. I seem to remember having to record about 15 takes of my piece-to-camera before I finally got it right! But I explained what had happened to my producer and cameraman and thankfully they made a special effort so it wouldn’t impact on the shoot.

Once our report was safely edited and had broadcast on the show, I dashed out of the newsroom and met up with Ed Watson, a good friend of mine who’s a principal dancer at the Royal Ballet – so had been one of the first to hear about my deal. The two of us got hammered on champagne to celebrate, even though we both had to be back at work first thing in the morning.

But I didn’t actually sign my deal until a few weeks later, by which time I was again immersed in a completely different world. The contract arrived at my flat in London when I was looking after two of my nephews over half-term week. Although in a funny way this turned out to be perfectly appropriate. One of the best things about making up stories for a living is I’ve been able to name characters in my novels after people close to me. So the lead character in my first novel is named after my four-year old niece, Mia. And, all being well, my five nephews will each have a character named after them in subsequent novels, starting with Freddy, the hero of my second book, Nothing but Trouble. The real Freddy and his older brother were with me when I signed my first publishing contract and took it to the post office. The three of us held the envelope and slid it into the post box together. It was a brilliant day and a very proud moment for me.

But I’ll never forget the moment I first heard I’d got my deal – or where I was when it happened. And I’ve decided that if I’m lucky enough to get another deal when this one expires I’ll use that moment as inspiration for my third book and set it behind the scenes in a ballet company. But only those who know this story will understand why.

Matt's new novel, Shot Through The Heart, was published on the 24 April.