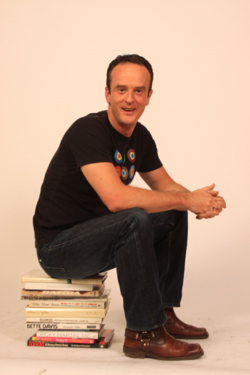 My first inkling that maybe a book deal was about to be offered to me was when I received an email from Claire at Bookouture about a week before Christmas 2014 saying that they would like to talk to me about my novels. At that point I had self-published my first two novels, Trinity and Addicted, and was in the midst of writing my latest glam fiction novel, Scandalous Lies. The intention was to self-publish that one as well come the time of completion.

As that festive little thing called Christmas managed to get in the way it wasn’t until early on in 2015 that Claire and I were actually able to talk. I said I was busy writing, outlined the plot of the new book and we arranged to meet once Scandalous Lies was complete as Bookouture were really keen to see it. Somehow finishing the book and writing the finale knowing that a company of such repute had shown some interest seemed to strangely make the writing of it flow a lot easier than it had done in the previous few weeks. I felt spurred into action and driven into making the book the best it possibly could be.

When it was finished I sent the manuscript off to Claire to see what she thought. This is always the most nerve-wracking bit for any author I think, sending it to someone who may or may not like it. When it’s a friend it’s slightly different as you can argue your case a bit more but I was praying that Claire would say that she liked it. When I received a message to say that she was loving it and that we must set a date to meet I was ecstatic. It was in the diary … off to London on the 12th March. I live in Peterborough so it wasn’t a big journey but I truly felt like I was taking a giant step into the unknown. After years of agents/no agents, great feedback/no feedback I finally felt that maybe I was achieving what I’d always dreamt of … of bagging a book deal.

Claire and I arranged to meet up early on the 12th at St Pancras Hotel in London. I went down to London the night before as I wanted to stay at a hotel I have featured in Scandalous Lies, The Pavilion Rock N Roll Hotel in London. I love it there and used it as a base for a chapter in the book. Any excuse really as it’s such a quirky, madcap place to stay. I called it research but really it was just a jolly good place to stay overnight. 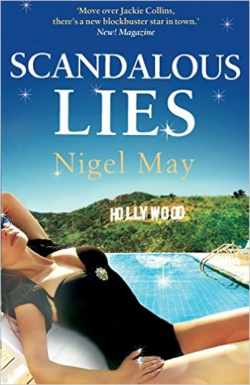 I liked Claire immediately. She was warm, inviting and had a smile that could have been seen from space. Something told me that this was to be my moment. When she started discussing contracts I knew that I was right. The words “we’d like to sign you to Bookouture for a four book deal” will stay in my head forever. I can still hear them now. Even though we didn’t actually put pen to paper and sign a contract at that very moment, that was the second that bells rang in my head, fireworks exploded overhead and my grin spread so wide it was into two time zones. I had a book deal. Finally, after nearly six years of trying and countless knockbacks I’d been offered what I dreamed of. I was to be a published author with a fantastic hip and happening publishing company behind me.

I actually signed the contract a few weeks later, just me and the other half at home. As I slipped it back into the envelope to send back to Bookouture I was grinning like a loony again. I haven’t really stopped since. Long may it continue. Dreams can come true.

Scandalous Lies by Nigel May is out now.