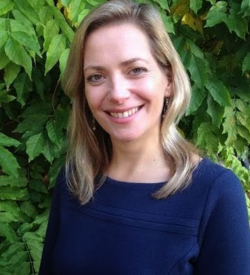 My book deal moment – last October – was far more dramatic, and rapid, than I could ever have dreamed.

I had been working on my novel for a little over a year and had just signed with Lizzy Kremer, at David Higham, who had guided me for eight months of this. She and I had holidays planned during the October half term and the idea was to submit on Monday November 4, when we were both back at our desks. In the week running up to half term, I was going to make the last few alterations.

This leisurely approach changed abruptly at 8.12am on Wednesday October 23 when I got a six-word text from Lizzy: “How close are you to finishing?” The previous night, the Great British Bake Off had finished, and, as she texted, its winner, Frances Quinn, was on Radio 4’s flagship news programme, Today, explaining why we bake.

The day before, Martha Kearney, winner of the comic relief version of the show, had been talking about baking’s appeal while the papers had been full of Raymond Blanc’s comments on baker Ruby Tandoh for being “so thin” and  showing “not much skills, female tears.” All this mattered because my novel was about a baking competition, inspired by a fictitious 1960s cookery writer and her iconic work, The Art of Baking, and was about why we bake.

“You can have it first thing tomorrow,” I texted back – and took a very deep breath.

That night, I was filing changes to Lizzy until after midnight and then barely slept. The next morning – Thursday 24 – I arranged for a friend to take a photo to email to the publishers and had just sent it when Lizzy rang me, shortly after 11. She had spoken to every publisher in London who might be interested, she said, and she could tell by the level of questions that there was a huge amount of interest in it and me. Now, all I had to do was wait.

I didn’t have to wait long. Six hours later I was forwarded an email from a publisher at Hodder, Kate Parkin. She loved it, she said, and had sent it round the company. By lunchtime the next day, I had received a similarly effusive email from another publisher asking Lizzy for the deadline for first bids.

With two more publishers indicating they would be bidding, a date was set for 5pm on Wednesday November 6 and both Lizzy and I picked our kids up from school and set off for holiday.

“There’s nothing we can do now,” she said. “The only thing that might happen is something called a pre-empt – but I think we should go to auction. What’s not in doubt, though, is that you will be published.”

I headed off to my in-laws for the weekend in a state of limbo, unable to believe that someone might bid for my novel until we got to that November 6 date – 12 days away.

Five days later, on the evening of October 30, I had just arrived at my dad’s house in Devon for the next stage of the grand tour of the grandparents, when my mobile rang. It was Lizzy, ringing from a wet car park in Pembrokeshire, and it was one of those calls when you know something important is going to be said.

Hodder had made a two-book offer, she said; it was a pre-empt for British and translation rights and, if I wanted it, I had to agree by 10 am the next morning.

Another sleepless night followed and by five minutes to ten the next morning, I was in a complete state. I’m hopeless at decisions and I couldn’t tell whether I should take a gamble on the interest we had and this wonderful-sounding publisher, Kate, or allow my book to be auctioned as we’d planned. Yes, we thought other publishers would bid – five others later indicated they would have done so – but Hodder’s offer would give me real security. My husband didn’t have a job for two months in the New Year, while he waited for a new post to start, and I had used up all of my voluntary redundancy.

“I don’t know what to do,” I wailed to Lizzy at three minutes to ten.

It was then that I realised what a truly stunning agent she is.

Three hours later, on Exmouth, the rain-lashed beach that features in my novel, she rang again. I was shielding behind a lifeboat station when she called from her equally rainy beach.

Along the front, my husband, two children and mother were waiting; their faces drawn in the wind.

“Guess what?” I said, and burst into a massive beam.

Sarah's book, The Art of Baking Blind, is out now.