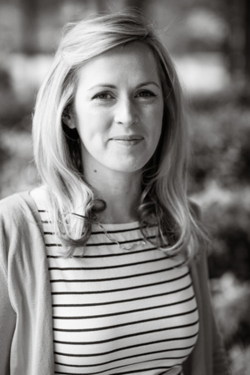 I can vividly remember my book deal moment – I was working in a TV production office putting together a new show for BBC3 called Murder in Successville. My team and I were struggling to find the right celebrity guest star for one of the episodes. As we pored over Heat magazine looking for inspiration, my mobile rang – it was the publishing company Corvus saying I had won the Love at First Write competition with my book How To Get Ahead in Television. I was going to be published! In an open plan office, all that my colleagues heard was me squealing with excitement then saying,

When I came off the phone they waited with bated breath to see which mega star had agreed to guest star on our show. Who could I possibly be so excited about? Beckham? Cruise? Madonna?

“Oh, no, sorry that was nothing to do with work.” I admitted, “I’ve won a competition and someone’s going to publish my book!”

“Oh,” they sighed in collective disappointment.

“What book?” the Assistant Producer asked.

“Well, I haven’t exactly written it yet…”

Rewind a few years. I was 26 and having always dabbled with writing I realized I finally had an idea for a full-length novel (a Young Adult sci-fi trilogy no less) which just had to be written. I took time off work and set to it, surprising even myself with my rate of productivity. After a few months I had a completed manuscript and duly posted it off to agents and publishers. Fingers-crossed and heart racing, I sat by the inbox waiting for a reply.

The responses dribbled in. A few people saw potential but ultimately no one liked it enough to take me on. The whole experience was a reality check about how hard it would be to get published – it wasn’t purely about having the idea, doing the work and finishing the book, that was just the beginning.

The experience of rejection was so disheartening I gave up writing for a few years, throwing myself into my day job as a TV producer. Then someone told me about the Love at First Write competition Corvus and Lovereading.co.uk were running. All I needed to enter were the first few chapters of a book and a summary of the plot. Working in TV, I had always wanted to write a romantic comedy about the ridiculous things that happen behind the scenes– the diva strops, the alcoholic presenters, the office romances. This competition sounded like the perfect place for such a novel. So I started writing and suddenly I had an idea that just flowed – win or lose, publisher or no publisher, I had to finish this book.

Winning the competition was the kickstart I needed to get writing again. It gave me renewed confidence in my writing and perhaps helped me find the genre best suited to my writing style – romantic comedy. My colleagues might have been disappointed that Beckham wasn’t turning up for our TV show but I was much happier with my book deal moment than a potential Beckham moment… (Well… No, yes, if I had to choose, I’d definitely go book deal…)

How to Get Ahead in Television by Sophie Cousens is out now.