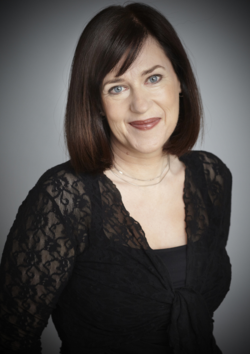 I had been writing children’s books for a while when an idea occurred to me that clearly wasn’t going to work with teenage main characters. The story – loosely inspired by the Arthur legend but set in the modern day and told from the perspective of a grieving mother whose stolen child becomes her holy grail – started life in 2007 and took over five years to write. This was partly because I was, by 2007, already under contract to produce at least two children’s books a year, so I had to fit Grail (the working title) around my other writing.

After a while I showed my children’s book agent what I’d completed so far and she handed the story over to a colleague – Sarah Ballard at United Agents – who represents authors of fiction for adults. Sarah gave me some excellent feedback but it was clear my story needed an awful lot of work and, feeling rather overwhelmed, I set it to one side. Fast forward a few years and I was still being regularly published as a children’s writer and finally able to give up all my other jobs. Liberated, I launched back into Grail and wrote it through to the end. Sarah kindly read the story again and, again, gave me some extensive notes. The book still needed a huge amount of work but this time I was determined to persist. For me, it had become an absolute ambition to complement my teen thrillers with a crime fiction novel for adults and I wasn’t going to give up.

During the year that followed I rewrote Grail for Sarah twice. She was brilliant, giving unfailingly helpful and encouraging feedback. By the time we reached the third rewrite, however, both of us knew that we were too close to the story to be able to see it clearly anymore – and that it was still far from ready to be published. Sarah suggested we send Grail to editor Maxine Hitchcock who, at the time, worked on the adult books side of my publisher, Simon & Schuster UK.

I happily agreed – S&S had been great publishers of my kids books and I was keen to give them first refusal. However, I wasn’t hopeful. By this time – the end of 2011 – I was heartily sick of Grail, its plot and all its characters. And yet I stubbornly clung on to the idea that maybe, one day, it might be ready for publication. I braced myself for rejection, telling myself that whatever happened, I wouldn’t give up.

An anxious couple of weeks followed. And then Sarah called me, delighted to say that Maxine loved Grail – though still felt it needed work – and that S&S wanted to publish the book, provided I agreed to the rewrites and was prepared to change the title.

Elated, I embarked on a new round of edits. I ended up rewriting Grail three times for Maxine, introducing several new characters and deepening those who already existed. I have never worked so hard, or so closely with an editor, on any other book.

Almost the final addition to the novel was the title Close My Eyes. It was published in May 2013, picked for the Richard & Judy summer book club that summer and sold around the world in a series of pre-emptive deals. The success of the book was made all the sweeter by the fact that I had struggled so hard and for so long to write it.

Sophie's second adult thriller, Trust In Me, is out on September 11.