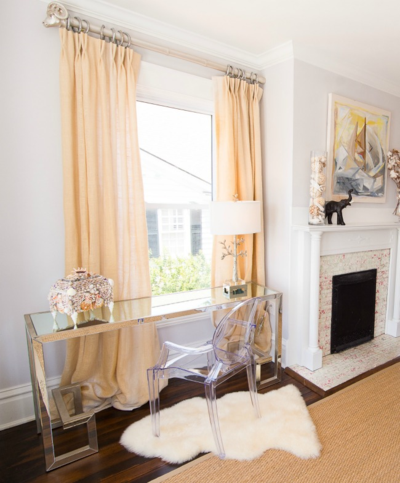 When I decided to write a novel, one of my first considerations was how that would look. What would I wear? Where would I sit? Would I wear glasses instead of contacts to look a little more literary?

I picked the perfect sunny window with a gorgeous view, splurged on the desk I thought I couldn’t live without, lit a candle, made some tea, and got down to writing. And, for the first year or so, that went very well.

Then I had a baby. It is so cliché that a baby changes everything, but it’s cliché for a reason. A baby did, in fact, change everything. Even the way I wrote.

I learned quickly that that image I had had in my head of the baby peacefully sleeping in the bassinet beside me while I wrote was a total fantasy. And I could complain about it. Or I could figure it out. So I learned how to write while nursing. And type one handed with a baby sleeping in one arm. Or on my lap in the car when he was snoring in the car seat, or 15 minutes at a time while something besides me actually caught my son’s attention.

And it wasn’t perfect. But it was progress.

The coolest thing of all is that, when I quit worrying about what a writer was supposed to look like and sound like and be like, I became my very own kind of writer. And, instead of trying to sound like a writer, I started sounding like me.

And guess what? I got my first book deal.

Fast-forward to now, the toddler years. I write at Starbucks during preschool because my son’s school is 30 minutes away from our house. And I get in a few hundred words during Sesame Street. And, yes, if that occasional nap happens in the car, I’m always ready with my laptop.

Upon a rare occasion, I do get to luxuriate at that perfectly chosen desk with the gorgeous water view. And, during those times, sometimes I even light my candle and have my tea. But, through babyhood and toddlerhood and all of the distractions that life throws our way, I’ve learned that being a writer doesn’t have to look a certain way. It just has to sound like you.

Dear Carolina by Kristy Woodson Harvey is out now.