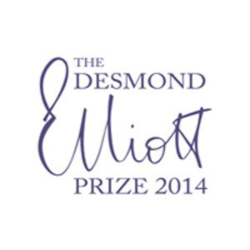 The annual Desmond Elliott Prize, which has been dubbed the “most prestigious award for first-time novelists” by the Telegraph, announced its shortlist yesterday.

The three nominated novels are The Letter Bearer by Robert Allison (Granta), Ballistics by D.W. Wilson (Bloomsbury) and Eimear McBride’s A Girl Is a Half-formed Thing (Galley Beggar Press).

McBride’s debut has already won the 2013 Goldsmiths prize and has made the shortlist for the 2014 Folio Prize and the 2014 Baileys Prize. Her appearance on yet another respected literary radar might see more than a few publishers cursing themselves for allowing her debut to slip through the net. The Irish novelist’s book was repeatedly rejected by major publishers and, despite being written in just six months, took nine years to finally become published.

Chair of judges and best-selling author, Chris Cleave said: "To pick a shortlist was to measure owls against swifts. All of us on the panel agreed on six books that deserved to make the cut, so it was heartbreaking to have to choose three – but we were all happy with this shortlist. As a novelist, a critic and a bookseller we loved these books from all angles and we believe that this list continues the Desmond Elliott tradition of bravery, excellence and flair.”

The winner will be named on 3 July and will receive £10,000. Last year's winner was Ros Barber with her work The Marlowe Papers.

You can read our interview with Eimear McBride here.