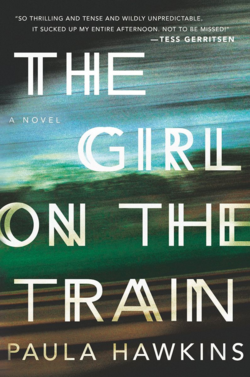 A list of the year’s bestselling ebooks has been released by Amazon and it’s a sparkling line-up composed almost entirely of female writers.

Paula Hawkins nabbed the top spot with her dark psychological thriller The Girl on the Train, a novel about marriage and adultery.

Of the top 20 bestselling ebooks of the year so far, only two books by male authors made the list: Personal by Lee Child and Us by David Nicholls.

This year has certainly been an exciting one for both ebooks and women writers. Long may it continue!

1. The Girl on the Train by Paula Hawkins

2. Grey: Fifty Shades of Grey as told by Christian by EL James

4. Elizabeth is Missing by Emma Healey

7. The Miniaturist by Jessie Burton

8. The Little Shop of Hopes and Dreams by Fiona Harper

9. Hide Her Name by Nadine Dorries

12. Us by David Nicholls

13. The Throwaway Children by Diney Costeloe

14. The Year of Taking Chances by Lucy Diamond

15. The Ballroom Café by Ann O’Loughlin

16. The Good Girl by Fiona Neill

17. Closer Than You Think by Karen Rose

18. The Letter by Kathryn Hughes

19. I Let You Go by Clare Mackintosh