This month, we read The Sea Between Us by Emylia Hall for The Novelicious Book Club. Ahead of our live book discussion on Twitter at 8pm tonight – join us for virtual wine, nibbles and book geekery – a few members of Team Novelicious are here to share their thoughts on the book. 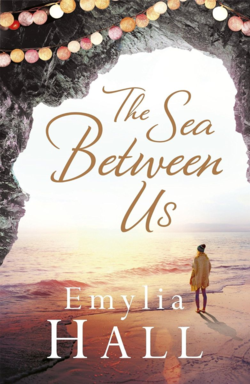 There are very few contemporary authors who have such a beautiful, atmospheric way of storytelling that they manage to transport me with their writing to far and exotic places (or locations not quite as distant, but still feeling equally exciting and intriguing through the way they're depicted on paper); Lucy Clarke (The Sea Sisters, A Single Breath, The Blue) is one of them and Emylia Hall is the other. I first discovered Emylia's wonderful novels back in 2012 when I reviewed her debut, The Book of Summers,and I've been a firm fan of her since. She followed this up with the poignant A Heart Bent Out of Shape in 2013 and I was thrilled when I saw a new book by her hand was coming out this year: The Sea Between Us.

When Robyn moves with her parents to Merrin, Cornwall, she's aching to leave the remote place before she has even truly arrived. She's gearing up to go to university so Merrin was only ever meant to be a blip in her life, but when on her second day in Cornwall she meets the boy-next-door, Jago, something fundamental changes within Robyn. She doesn't immediately realise this but as the years go by and Jago and Robyn walk in and out of each other's lives, the brief moments they spent together are mutually treasured.

However, due to an accumulation of bad luck and poor communication, neither of them know just how important they are to one another until it is too late and Robyn meets another man to share her life with and start a family with. Yet despite being settled in London, Merrin keeps luring her back and Robyn has to make a difficult decision between the life she thought she always wanted and the one that slowly but gradually seeped into every pore of her body until it would not let her go.

Emylia Hall's writing embodies an incredible sense of place, whether the story is set in Hungary, Switzerland or, in the case of The Sea Between Us, Cornwall. To a lot of British people a Cornish setting might not sound as romantic or exciting as the sizzling heat of a faraway and exotic place, yet her descriptions are filled with such a warmth and affection for the fictional town of Merrin, that as a reader you will find yourself longing to spend time in such a stunning and under-appreciated part of the country.

It's a place where time moves at a much lower pace than in the hustle and bustle of a big city such as London, and this is reflected in each of the moments within the book set in Merrin. The story in those places is equally languid and as a reader you can relish the rare beautiful scenes between Robyn and Jago in their early years as they get to know each other. They were never just neighbours, but despite the palpable chemistry between the two main characters, there wasn't a definition in the traditional sense to what their relationship actually was. Their connection may have been obvious from an outsider's point of view but it was never for them and that created a dynamic that was simultaneously frustrating and incredibly exciting.

The Sea Between Us is an intensely atmospheric novel that will captivate readers with its lush descriptions of Cornwall and the equally beautiful story of Robyn and Jago, which is rooted in that special little place along the coast. 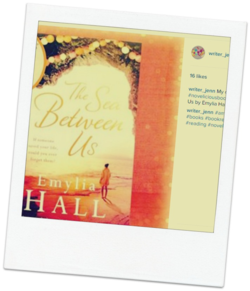 I was immediately drawn into the lives of Robyn and Jago as they meet at the remote Cornish cove. I usually prefer a much faster pace but I actually enjoyed the gentleness of the book. Emylia Hall's writing is so evocative that I could easily picture the cove and it almost became another character in the story. I thought the book was beautifully written and it captivated me from the start and kept a tight hold until the end.

I’m so glad I ended the summer reading The Sea Between Us. An utterly enchanting tale of love and loss, I enjoyed being swept away to the rugged Cornish coast, where Robyn and Jago first meet. Emylia Hall has a seductively lyrical writing style, which makes every sentence a joy to read. Captivating and vivid, The Sea Between Us has seen Hall shoot to the top of my ‘must-read authors’ list.

Join us for The Novelicious Book Club chat on Twitter at 8pm tonight to let us know what you thought of the book!