Celeste Ng recently beat the likes of Hilary Mantel and Stephen King to win Amazon book of the year with her novel Everything I Never Told You. Here, the author says it took six years, four drafts, one cross-country move, and one baby to write the book, but that it was all worth it. 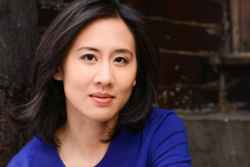 I’m always surprised at the different places my ideas come from. My novel Everything I Never Told You came from a story my husband told me, about a schoolmate who pushed his own little sister into a lake. The story morphed into something quite different, of course – Lydia, the girl in my novel, is a teenager rather than a child, and the circumstances of her death aren't immediately clear – but it all stemmed from the image of a girl falling into the water. Usually, all my stories start with an image – a girl eating a piece of chalk; an arm covered in a rainbow of rubber bracelets – and writing the story is my way of figuring out that image.

I have a young son, so I get up quite early! After I take my son to preschool, I have a couple of hours of writing time – I sometimes write at home, but often I’ll go out to a coffee shop or to the library when I need a change of scenery. First I’ll re-read what I wrote the day before, and then I’ll try and eke out a page or two before I have to go pick my son up at lunchtime. Then I spend the rest of the day with my son. So there’s not a lot of writing time right now, and I’ve had to learn to be more disciplined: to get right down to writing when I sit down. (I can’t say I’m always successful.) When my son is a bit older he’ll be in school longer, and I’ll have more writing time – but for right now, I’m trying to enjoy the time I have with him, even when it means progress on the new book is slow. It’s definitely a balancing act.

Sometimes. One writing prompt I give to students is to take a real-life person (Queen Elizabeth, Genghis Khan, President Obama, anyone) and write about an everyday moment in their lives. It can be realistic, or it can be fantastical – one student wrote a piece called “Benjamin Franklin Visits Best Buy”. I haven’t yet written a piece centering around a real-life character myself, but maybe one will sneak into the background of a future story.

Just one? I guess I’d pick To Kill a Mockingbird, by Harper Lee (does that count?).

I read it over almost every year: I think it’s a near-perfect book and I can’t believe it was Lee’s debut. It’s thought-provoking and its point-of-view is dead-on: we can see much farther than Scout, the child narrator, can. And it’s a book that makes me feel good when I read it, even as it doesn’t shy away from tough issues like race. At its heart, it’s a story about family and love and the ways that your family life and the world outside the home intersect – key themes of women’s fiction or, really, any fiction.

Again, just one? Toni Morrison’s a writer I greatly admire: her books are not only beautifully written, pushing at the ways stories can be told, but they’re powerful and fearless in tackling social and cultural issues very directly. Her interview in the Paris Review only made me admire her more: she seems to be such a thoughtful writer and teacher.

Euphoria by Lily King: The story of a love triangle in the 1930s: a woman anthropologist loosely based on Margaret Mead; her husband, and another anthropologist they meet in the jungles of New Guinea. It’s beautiful and thought-provoking and – lest you think anthropologists are boring – surprisingly racy, as passions both personal and professional collide.

A Constellation of Vital Phenomena, by Anthony Marra: Set during the Chechen wars in the 1990s, the novel focuses on three lives that intersect and intertwine – a young girl whose father has been abducted by the secret police, the neighbor who decides to save her, and the woman doctor at the local hospital who reluctantly shelters them both. One of the best books I’ve read in years, and as much – if not more – about the love between sisters, and between parents and children, as about the war.

Home Leave, by Brittani Sonenberg: Told in a variety of voices, it follows a globetrotting family on their travels and what happens when one of the family’s two daughters dies suddenly. Brit and I met studying writing at the University of Michigan, so I suspected I’d like her novel, but I had no idea how beautiful and wrenching it would be. 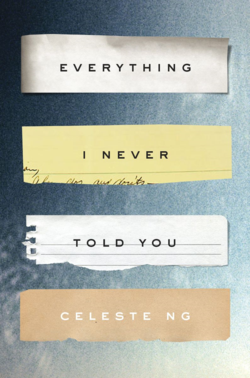 I don’t plan much ahead of time; for me, that takes all the discovery and energy out of the story. But I usually need the first line to set the tone and a last line to work towards, even if one or both shifts during the writing process – then I can get started. The writing process is where I figure out what story I’m actually telling, so I usually do multiple drafts: a first, very messy one, and then as many as I need until all the pieces click into place. Very occasionally, I’m lucky and get a story right on the first try, but usually, it takes 3 or 4 drafts.

I got an MFA from the University of Michigan, and then settled into a string of random, ill-paying jobs while I finished my first book. In the meantime, I started publishing short stories, which got the attention of some agents – one of whom is now my agent! And I started teaching, at an independent writing center here in Boston called Grub Street – I do think the teaching helps me be a better writer and reader. Six years, four drafts, one cross-country move, and one baby later, I finally finished the novel, and my agent submitted it to publishers.

That you get inspired and sit down and type type type in a passionate flurry and bing! out comes a novel. The reality is really much more mundane: generally, I at least am not typing in a fit of frenzied ecstasy. It is much more like chipping away at a mountain with a fairly blunt teaspoon: on any given day you may not notice much progress, but it will eventually get done. This is not to say there aren’t moments of inspiration and frenzy and, yes, even ecstasy, but it’s not nearly as romantic as people seem to think. There’s a lot more wearing of sweatpants and drinking of cold tea and staring at the wall and banging your head on the desk.

Be patient and stick with it. I’ve come to believe that writing a novel is largely a matter of persistence, so it helps if you are naturally stubborn. (See the above comment re: mountain and teaspoon.)

I’m working on another novel: this one will be set in the late 1990s, in my hometown of Shaker Heights, Ohio, which is a suburb of Cleveland. Shaker Heights was a lovely place to grow up and I remember it fondly – it was physically gorgeous, with lots of green lawns and trees and beautiful, beautiful houses. It was also known for being racially integrated and for having very good schools – the main reasons my parents decided to move there. The flip side of that, though, is that there’s a bit of a fixation on appearance and on perfection.  For example, if you let the grass in your lawn grow too high, the city will come by and mow it for you and issue you a citation. And it has an interesting history, too: it was very carefully planned in the early 20th century as a kind of modern utopia – and in fact, it was built on land once owned by the Shakers, a utopian group that died out because they didn’t believe in sex. Needless to say, I’m rather excited to set a story there.