Gilli Allan's book, Fly or Fall came out in May and her second book to be published by Accent Press, Life Class, came out at the end of September. Today she's chatting to Debs about her books, her inspiration and her journey to becoming a published author.

1. Can you tell us a little about your average writing day? 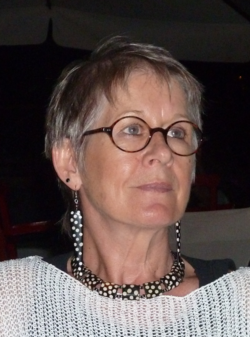 I am not a morning person. I have made very many resolutions to get up early and secure  several productive hours under my belt by the time that, in real life, I am only just finishing breakfast!  But I am probably too old a dog to learn new tricks.

While I am getting my head in gear and my eyes focused, I do social media stuff.  Currently I am promoting the launch of LIFE CLASS, so writing and responding to blog posts and interviews, on top of replying to emails, sharing, tweeting, re-tweeting and saying thank you, is taking up more of my time than usual. It is only after I have done my duty that I feel I can get on with proper work, and by proper work, I mean writing a book.

The concentrated writing part of my day, can take between 3 and 6 hours. I don’t give myself targets. I stop when I feel I’ve achieved something. I’m afraid that I can’t be any more specific than that. Because I’m a ‘seat of the pants’ writer, when I’m engaged on a first draft, there is no over-arching plan. This means that in my writing day there are no milestones or plot elements I am aiming to achieve, so the point at which I draw a line is fluid and variable. It could be as little as 500 words, but never more than 2,500 (because I edit as I go adding and subtracting).

Writing a first draft begins slowly and haltingly, but usually (fingers crossed) there comes a moment when the story catches light. Then the ideas come thick and fast and I’m racing to catch up. Those are the times when I can write for hours at stretch without moving from the desk.  When I eventually stand up my body is locked in a figure S and it can take several painful and creaky minutes to straighten out the kinks.

I tend not to write in the evening, my eyes need a rest. But occasionally, if I’ve something on my mind preventing sleep, I’ll come downstairs in the small hours and add an hour.

2. When you are writing, do you use any celebrities or people you know as inspiration?

I have never used a celebrity, but I have sometimes drawn on people I know … or knew. More I am unwilling to say.

3. What is your favourite Women’s Fiction book of all time and why?

This is so hard. It’s the kind of question that immediately makes my mind go blank. I could quote some old classics like Pride & Prejudice or Jane Eyre, but I don’t think that’s the kind of Women’s Fiction you’re referring to, is it?  In all honesty I don’t read a great deal of Women’s Fiction – it stopped being a joy when I started writing seriously.  I’m unable to turn off my inner critic. I am either consumed with jealousy and feelings of inadequacy, or I begin to nit-pick about the author’s style. “I wouldn’t have put it like that….”

So the book I am going to offer is one I absorbed with huge pleasure when I was 12 or 13, and possibly influenced my actually becoming a writer. In our house, when I was growing up, there was an old hardback copy of ‘The Knave of Diamonds’, by Ethel M Dell. It had belonged to my grandmother and I still have it.  Prolific in the early 20th century, Ethel M Dell was (arguably) the first writer of romance, as we understand the term. In this book, Nap Errol, the hero, is of questionable lineage. As far as I can recall he is the product of a liaison between a “white” American and a “red” Native American. This flaw in him is physically represented by the fact he has one blue eye and one brown, and it also accounts for the fact that he is an acknowledged womaniser and a cad. He refers to himself as a savage. The heroine, Lady Anne, is unhappily married to a drunken brute, considerably older than she is.  Nap falls for Lady Anne, and does all in his power to seduce her but, although she is miserable and obviously fancies Nap, she is bound by honour and duty to fend him off and stay true to her marital vows. I can’t recall precisely how we get from this dilemma to the happy ending, but in between are all the ingredients of a good melodrama – drunkenness, beatings, abduction, near rape and redemption. It goes without saying, however, that all ends well.

I now believe this book was seminal; I can see in it so many of the ingredients that informed my own writing in those early years. And, since first avidly consuming this book, I have bought many more. Ethel M Dell was a trail-blazer, and I still admire the woman for her output and her imagination. But I do not recommend her books as a style guide. The emotions are over-wrought and melodramatic. The heroines are always tired and in need of lie-down! But the headaches and constant exhaustion they suffer is certainly not the result of hard physical work, after all, this was a time when well brought up ladies of a certain class – and all of EMD’s heroines are well brought up ladies of a certain class – had servants. They are worn out by the expenditure of so much breathless emotion.

By the time I bought the second book in my collection – ‘Charles Rex’ – no more than 5 years later – I still enjoyed it immensely, but I no longer uncritically absorbed it. I may still have been a teenager but my appreciation was now a more complex mix. I’m afraid that the bizarre plot, outlandish antics and overwrought (but never physically expressed) passions made me laugh.  I now have something like 20 Ethel M Dell books in the place of honour on the shelf above my computer. I love them but they are of their time, a window onto a world long gone, when feelings were “unutterable”. 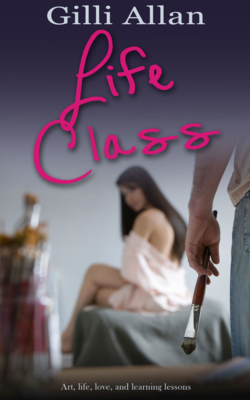 4. What is your writing process? Do you plan first or dive in? How many drafts do you do?

Before I put metaphorical pen to metaphorical paper, I have my scenario in which the main protagonists come together, and I will have thought a lot about my characters and built up a back-story for them.  But I will rarely have written anything down before I dive in.

Once I start writing, previously unknown aspects of the characters’ pasts will gradually be revealed to me (but only in fits and starts), along with the unfolding plot. This often means some extensive rewriting of the early chapters. It’s a scary way to work, and one that is not very practical these days – a time when most publishers want to sign up authors for a two book deal, or, even more worryingly, a series. How can you pitch your next book, when you’re not even sure where the one you’re currently working on is going?

5. What was your journey to being a published author?

I wrote as a child and a teenager but I never finished anything. YA didn’t exist as a genre in those days and I’ve come to realize that part of the impulse to write was simply a way to provide myself with the book I wanted to read.  It was only when I was in my thirties and at home with my young son that I made the decision to try to write (and most importantly finish) a publishable novel. My intention was to write a category romance aimed at Mills & Boon. But my story grabbed me and took over.

Unsurprisingly M & B rejected my tale of an unmarried girl who, as the book opens, is going through a miscarriage. But this book, Just Before Dawn, quickly found a newly established publisher – Love Stories – whose aim was to publish unconventional, un-clichéd romantic fiction. Love Stories also took my second novel – ‘Desires & Dreams’, an even darker tale. But a couple of years later they ceased trading, unable to get their books into bookshops. From then on I was unable to find a new publisher, or even a literary agent, interested in taking on my brand of hard-edged, romantic fiction.

With the arrival of e-publishing, I felt I had nothing to lose, and gratefully leapt aboard. Despite being technically challenged, I was able to independently e-publish TORN, FLY OR FALL and LIFE CLASS, via Amazon Kindle and subsequently to get them out in print format.  But what I did find increasingly daunting was the amount of self-promotion I needed to do to gain any visibility, and, by extension, sales.  So I was very very happy when last summer Accent Press took me on, offering to republish these three titles. LIFE CLASS is the last of the three to be released.

6. What do you think is the biggest myth about being a novelist?

That it’s a leisurely, almost dilettante occupation and that published authors are all rich. I even heard this from an unpublished writer attending the recent RNA Conference at Queen Mary’s University. I think I was the first delegate she talked to, and she admitted that she’d expected only the wannabes – those on the RNA’s New Writers Scheme – would be put up in the student accommodation of the university.  The published authors would all be in posh hotels!

7. What advice can you give to our readers who want to write a novel of their own?

Who am I to offer advice? Had I known how to achieve success, I’d have applied that knowledge and be a best seller by now! All I can tell you is that there is no magic bullet and you’ll get nowhere in this business if you regard writing as a pass-time (unless you’re a celebrity / very lucky / incredibly young / incredibly old/ or sleeping with someone with a lot of influence). As well as a burning obsession to write, you need persistence – or to be more precise, bloody-minded obstinacy – even in these days of self-publishing to ebook.  No one succeeds without taking the job, and themselves, seriously. And you also need to be able to take the knock-backs and keep coming back for more – a bit like one of those wobbly men with a silly grin on his face.

8. What are you working on at the moment?

This is a culture clash novel. It doesn’t yet have a title but it does have an elevator pitch. Time Team meets Educating Rita, or possibly Academia meets TOWIE.  I have a cover image in my mind – a close up of a muddy archaeological trench. On one side we see a pair of male feet in sensible boots.  On the other, a pair of female feet in silly, high heeled sandals.

But…… because of the way I work, there is every possibility that things might change.