Jason Starr, author of Ant-Man which was recently made into a movie starring Paul Rudd and Michael Douglas, has popped over to chat to Debs about his latest book, Savage Lane, being published by No Exit Press today. 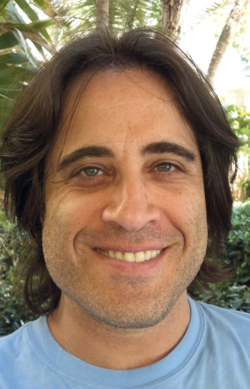 I write whenever I can. It's usually from around 9 to 3 out at coffee bars in Manhattan – I have my favorite spots, and like to move around from place to place to take breaks. I’ll work at home sometimes in the evening, and on weekends as well. If I’m on deadline or intensely involved in a project I’ll work longer hours. I prefer to have a steady schedule, but sometimes life interferes.

I’ve never based a book on anyone from the real world. Some snippets of conversation have appeared, but always out of context. I’ve written vaguely about situations from my life, but I think it would be hard to write with an actual person in mind. Even for film/TV I never think about a particular actor or actress. I’m so caught up in the mechanics of the plot, trying to get the story to work on the page, that it’s hard to think about anything else. When a project is done, I’ll think about it a lot, of course, but then it’s about “casting” not “basing.”

For me, women’s fiction is a very broad term. I think a lot of fiction with female characters can appeal to men, and can be written by men. But the book that jumps to mind is Edith’s Diary by Patricia Highsmith. It’s a sensational, underappreciated psychological thriller that resonates today.

I start with a basic idea, like a pitch for a movie. Then start asking myself questions like “What if this happens?” or “”Wouldn’t it be cool if that happens?” I form a loose plot, then I start writing, to get the voice and attitude of the character/s, and the style of the book. If there’s something there I keep going. 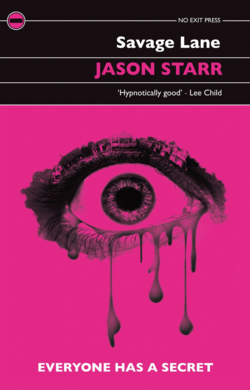 No Exit Press is responsible for most of it. I had a few small plays performed, published a couple of short stories, and wrote a couple of novels that weren’t very good. Then I wrote Cold Caller and many agents rejected me. Through persistence and luck I wound up with Ion Mills and No Exit making me an offer, and subsequently the book sold in other markets, including the U.S.

That it’s a constant glamorous lifestyle. I remember on Sex and The City when Carrie gets her book published and there’s a huge party, like a wedding. For most writers, this isn’t the case. There are moments of glamor, of course, but the reality is writers spend most of their time alone – which can be quite rewarding in itself – but it requires a lot of discipline.

Write every day, learn from reading books you love, and develop a thick skin for criticism and rejection. I’ve met a lot of new, great writers who have a lot of anxiety about even showing their books to others and you have to get past that. If somebody doesn’t like your book, you listen to see if there’s some useful criticism, and then you move on.

A new psychological thriller, and couple of original co-written TV pilots. Also a new comics project. I like to work on at least a couple of projects simultaneously.