We’re chatting to Jodi Taylor today, author of, The Nothing Girl. Referred to this way because of her severe stutter and chronically low self-confidence, Jenny Dove is only just prevented from ending it all by the sudden appearance of Thomas, a mystical golden horse only she can see. Under his guidance, Jenny unexpectedly acquires a husband – the charming and chaotic Russell Checkland – and for her, nothing will ever be the same. Jodi tells us more … 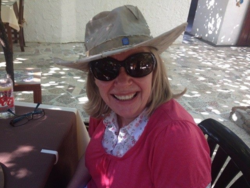 I live in a very hot country, so I tend to rise early. I take a cup of tea back to bed and work on my emails and social media entries. I read through everything I’ve written the day before and then get stuck in. And yes, I am still in bed. For some reason, I do my best writing in bed and my best thinking in the bath. I’m pretty certain this behaviour is indicative of some sort of personality disorder.

No, I don’t. My characters are quite clear in my head. Occasionally, a snatch of conversation or a phrase will trigger a train of thought or an idea, but mostly, it all comes out of my own imagination. I’m not always clear what they look like – that often comes later – but their personalities are all their own.

I read Jane Eyre at school, enjoyed it and forgot it. I read it again a couple of years ago and was astonished at the power and passion of Charlotte Bronte’s writing. It’s an incredible story that is as relevant today as it was when it was written. I’ve read it several times since, finding something new and amazing every time.

Ah, a tricky question! I do both. I generally have an idea knocking around in my head and slowly build on that. It’s all still in my head at this stage – nothing is planned. After a while, I start to scribble notes – more as a reminder than anything, because I have the memory of a tea-spoon. I always like to have the ending clear in my head because then I know what I’m writing towards, and these notes are the closest thing I get to a plan.

Then I start to write. I don’t start at the beginning, because it’s so daunting to start on the first page and know there’s another two hundred and fifty to go. I usually start in the middle because this means that when I get stuck – and I will – I can move backwards or forwards, up and down the storyline. By doing this, often the problem fixes itself. At any stage, bits get added, deleted, moved around – the whole thing is in a constant state of change.

I finish the first draft and immediately go back to the beginning and start again, revising as I go. Then again, and sometimes again until I’m satisfied. The final edit is always done from a printed copy. I do one last spell-check, dither for twenty four hours or so before sending it off to my publisher, Accent Press, press the ‘Send’ key, and immediately think of a better opening line. There’s no hope for me, really. 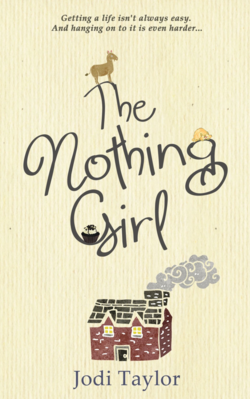 I wrote my first book, Just One Damned Thing After Another, (Volume One in The Chronicles of St Mary’s) and followed the traditional route of trying to find an agent. I was completely, massively, hugely unsuccessful. I didn’t even get the traditional constant stream of rejections. I sometimes felt as if I was just sending my manuscript into a Black Hole.

Anyway, I was having a bit of a whinge about this one day, and some friends took me to lunch to cheer me up. I was plied with alcohol and they told me about their daughter who had self-published her own novel which was doing rather well on Amazon. Apparently (things are a little hazy), I agreed to give it a go.

I had my novel professionally formatted as an ebook, commissioned a cover and sent it off to Smashwords and Amazon, where it did very well, going to Number One in the Amazon Free list.

Meanwhile, a lovely agent did contact me to say that while this book wasn’t quite right for her, if I ever wrote anything else she would like to see it, so I sat down and wrote a romantic novel, The Nothing Girl.

By now, however, I had been contacted by Accent Press who offered me a contract for the first three St Mary’s novels and they snapped up The Nothing Girl as well, so sadly, that very nice agent never got to see it.

I think one of the biggest myths is that you can’t be published without an agent and that’s not true any more. There are any number of organisations who can help you self-publish. I’m not talking about vanity publishing, where you have to pay to have your own work published, but Smashwords, Lulu, Amazon and others are all portals to publication – and they’re free.

Write. Unless you actually put pen to paper or fingers to laptop, it’s never going to happen. So sit down and write. If you’re not sure where to begin, skip the beginning and start somewhere else. There’s no rule that says you have to write your book in a linear fashion. Try choosing a good, strong, dramatic scene and writing that first. You can always amend or discard it later if it doesn’t fit but make that start!

Try to write every day but don’t panic if the words just won’t come. Everyone has bad days. Go back and edit previous chapters. Do some research. Revise your notes. Spell check. Just do something novel-related that will make you feel productive.

I’m having a think about a sequel to The Nothing Girl and I’m currently working on Book 5 of The Chronicles of St Mary’s. Just to try something different, I have a half-completed historical novel and a couple of short stories on the go, as well.