Michael Arditti is the prize-winning author of Easter. He is also a theatre critic and Sunday Times bestselling novelist, as well as a regular critic on Saturday Review. Today he talks to us about his new novel Widows and Orphans. 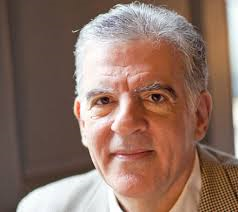 Average is the key word here. The time I spend writing depends very much on the stage I am at. At the very beginning, when I am researching and planning a novel, I might spend an entire day at work, just as I might at the very end in the excitement of the final spurt, after which I collapse and spend several days in a near stupor. But, during the two years or so in-between, I generally write from 6 am (after a strong cup of herbal tea) until 1 or 2 pm. I write in bed, as I always have done but, some years ago I had a serious back injury, which has left me slightly disabled. So, friends who once thought it sybaritic now think it is justified. I take a short break for breakfast at around 8.30 and then, at 1 or 2, I take my shower, dress, have lunch and the rest of the day is (pretty much) my own.

The only novel in which I have ever taken celebrities as an inspiration is Unity, in which actors of various nationalities are making a film in Munich in the late 1970s about Unity Mitford and Hitler at the time of the Red Army Faction terrorism. I modeled some of them loosely on actual actors.

In A Sea Change, which depicts the abortive flight of 900 Jews from Hitler’s Germany and is my only novel to-date set in the past and based on a real-life event, I based some of the minor characters on sketchy information about the actual passengers and crew, but all the central characters were imagined.

When Easter was published, I was accused of having based the most dissolute cleric on an actual vicar. I had never heard of the man, let alone met him, but I soon found out that the reality was far more depraved than anything I could have imagine. The only real-life character in the novel was the Queen – and she doesn’t sue!

I have never consciously based characters on friends or family, although my current novel, Widows and Orphans, like all my previous ones is inevitably informed, to a greater or lesser degree, by people I have known and met.

What is your favourite book of all time and why?

Proust’s A La Recherche du Temps Perdu. I give the title in French because, although I have French family and can speak the language, I have never read Proust in French (a mixture of my own laziness and the book’s complexity) and the title has never been satisfactorily rendered in English. Remembrance of Things Past (which I prefer) is poetic but inaccurate, and In Search of Last Time is too clinical.

I was intrigued by Proust long before reading him for the most trivial of reasons.  My great-uncle had a house near the village of Montfort L’Amaury where Proust’s celebrated housekeeper, Celeste Albaret, was living in her old age. When I first read the novel, I was overwhelmed by the lushness of the prose, the richness of the characters, the intensity of the insight, the sweep of the narrative and it is one of the rare books that does not pall on re-reading. Due to an accident of timing as much as its author’s genius, it marries the predominant impulse of the nineteenth century novel, which was to portray an entire society, with the predominant impulse of the twentieth, which was to chart an individual consciousness.

What is your writing process? Do you plan first of dive in? How many drafts do you do?

I have written different novels in different ways but, because of both my own temperament and the kind of novels I write, I chart the arc of a book in advance. I give myself the freedom to diverge from my plan and find many surprises and obstacles on the way (the former of which are necessary to keep myself sane as well as fresh during the two years or so it takes to write a novel), but I generally end up where I expected.

In the past, I tended to finish a novel and then write two or more drafts, but now, with a confidence that may be foolhardy, I tend to rewrite as I go along and I discard far less. That said, in Widows and Orphans, much of which concerns life on a provincial newspaper, I wrote a cod news story or feature to precede each chapter.  When I decided to cut and amalgamate chapters, a lot of those stories had to go, which was somewhat disappointing. 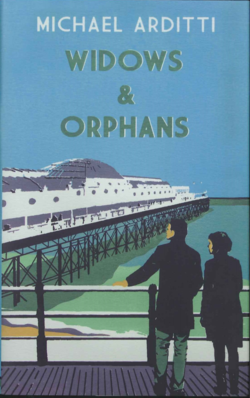 Both at university and immediately afterwards I directed several plays and, while I never wanted to direct as a career, I initially wanted to write for the theatre. I had a couple of plays staged to modest success and several broadcast in the days when Radio Four had a serious commitment to drama. But it gradually became clear to me that such talents as I had were discursive rather than dramatic. I also dislike conflict, which is not that helpful for an art form that is based on conflict. Added to which, I became the deputy theatre critic of the Evening Standard and it seemed to me to be compromising to submit plays to theatres, whose work I might then be criticizing.  So I began my first novel, The Celibate, and knew at once that I had found my means of expression.   Since then I have published eight novels and a book of short stories and hope to publish many more.

I am currently writing a novel which explores how a particular biblical myth has been reworked in various historical epochs and how it has directly influenced peoples’ perceptions of themselves and one another. I don’t intend to say any more about the myth, but the epochs are – Babylon in 6th century BC, medieval York, Renaissance Florence, 19th century Palestine and late 20th century London.

Widows and Orphans by Michael Arditti is out now.