Nicola Cornick is an international bestseller and has penned over 40 novels. She's been shortlisted four times for the US Romance Writers of America RITA Award and twice for the UK Romantic Novelists Association Romance Prize and has popped by today to tell us a little about her new book. The Phantom Tree is a time-slip historical novel about Lady Mary Seymour, the daughter of Henry VIII’s widow Katherine Parr and is out now. 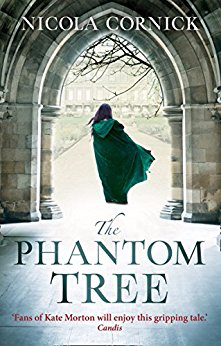 Please tell us about your latest book.

The Phantom Tree is a time-slip book set in the current day and in Tudor England. Alison, the heroine, is searching for the son she was forced to give up when she was very young. Her quest to find him sees her delving into old family history and unravelling the mystery of the disappearance of her childhood friend, Mary Seymour, the daughter of Queen Catherine Parr. It’s a book that combines romance, intrigue and the supernatural!

I find inspiration in so many places, especially in local folklore and legends, and in the landscape and history all around me. I get ideas from my reading and from places I visit. In the case of The Phantom Tree though the first spark came from a portrait that belongs to one of my relatives. It’s a little painting of a woman in Tudor dress and on the back it says that it is of Anne Boleyn. It doesn’t look like any paintings of Anne I’ve seen so I started to wonder if it might be someone else instead… I’d recently read about Mary Seymour, who was the daughter of Catherine Parr and her fifth husband, Thomas Seymour. No one knew what had happened to Mary so I put the two ideas together and came up with a historical mystery!

I take the dogs out for a walk first and then we all settle down by about 8.30am, me at my desk in the study and the two of them snoring on the floor next to me! I write in the mornings, aided by several cups of tea. After lunch I do my emails, social media and any other work-related-but-not-writing tasks. Then I’ll get some fresh air going out for another walk and then I’ll follow up with some more writing. That’s the theory anyway! I do try to be disciplined with my time but Twitter is my weakness!

What book means the most to you?

That’s a hard choice but I think it is The Daughter of Time by Jospehine Tey. It’s a fictionalised account of an investigation into King Richard III and the murder of the Princes in the Tower. My stepfather gave it to me to read when I was in my teens and it kick-started my interest in Richard III, who became a historical hero of mine, and also led to my fascination with historical mysteries. I love all Josephine Tey’s books but that one in particular.

Quite a few! Georgette Heyer, Jane Austen and Mary Stewart are amongst my influences but I think Daphne Du Maurier has probably been the most inspirational. I love the way in which she creates such rich, evocative settings, such complex and deep characters and so often has an edge of menace to her writing. I also love that she wrote across so many different sub-genres: contemporary, historical, time-slip, even futuristic. 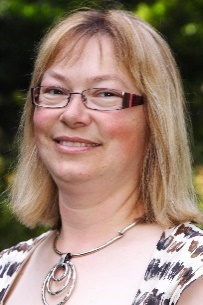 What are the best bits, worst bits and most surprising bits of being an author?

For me the best bit of being a writer is that I love it and it makes me happy so to be able to do a job I love feels a great treat. The worst bit is working in isolation because I am quite a sociable person and get lonely if I’m on my own for too long. Then I get distracted onto social media to compensate, then I waste time and get annoyed with myself! The most surprising bit? Hmmm… That people think it’s a glamorous job when most of the time I forget to change out of my pyjamas or dog walking clothes and it’s just me and my keyboard every day!

I’m not a planner. I do try but it’s hopeless. I know that if I sketch out a detailed synopsis my characters will only head off in a different direction anyway and make a nonsense of it. My books evolve so much as they go along and although that can be frustrating it’s also exciting to see where they are heading off next.

What was your journey to being a published or self-published author?

I started writing when I was in my teens and when I was about twenty-one I sent my first manuscript to Mills & Boon. It was very heavily influenced by the historical romances I had read and I thought they would be the ideal publisher. They rejected it, saying there was too much intrigue in it and not enough romance, and after that I got caught up in life and work for years, and only wrote on and off. I’m not sure what prompted me to get the manuscript out and start working on it again when I was in my late twenties but I revised it and sent it in to them again – I’m nothing if not determined! They turned it down again but this time with lots of helpful feedback and the editor told me that if wanted to send in something else she would be happy to look at it. That was the moment I think I realised I might actually get published so I re-wrote the book for a third time and worked on it every hour I could find and the third time I sent it in, Mills & Boon accepted it. It had only taken me 12 years!

I’d say believe in yourself. You need to be determined and you need to believe that you can do it. So many things can eat into your writing time and wear away your enthusiasm if you let them.  Try to write whenever you can. It doesn’t matter what you write or if you think to start with that it isn’t any good. Get the words down and then you can work on them, and stick with it. You can do it!

I’m writing another time-slip book, this one set in the 18th century. It focuses on Lady Diana Spencer, an ancestor of the late Princess of Wales. Like our Diana., she was a fascinating character and her story is an amazing one.

TO FIND OUT MORE ABOUT THE PHANTOM TREE

FIND OUT MORE ABOUT NICOLA CORNICK