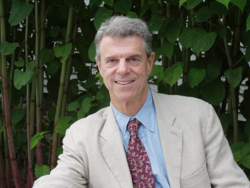 is the author of three previous non-fiction titles and an Academy Award-winning filmmaker. He is also the author of Girl of My Dreams and today he's chatting to Debs about his inspiration behind the novel and his parents' career as screenwriters.

What inspired you to write Girl of My Dreams? How was the process of crafting a different from your previous non-fiction writing?

Though I loved hearing stories about the time before my time – the so-called "old days in Hollywood" before the war – none of them ever quite satisfied me, so I finally had to write my own. Actually, those ancient tales inspired me to imagine a reality that might have been. I grew up in Hollywood yet on its fringes, the son of screenwriters, in the decades that followed the one I write about. Anecdotes about infighting at the studios, the breadline lives of millions of Americans during the Depression, and the Communists' answer to economic inequality all informed my childhood. I'd always intended to write fiction someday. It felt natural. That doesn't mean it was easy because it wasn't. Girl of My Dreams went through 18 drafts.

Given your parents’ careers as screenwriters, how much of their experiences informed the development of Owen’s character? How did your own involvement in the business shape the character of Owen?

Neither my parents' careers nor their experiences led me directly to Owen. Yet their stories did. What would happen to a young wide-eyed guy, full of the eagerness to please and at the same time with overweening ambition, as he wended his way through the labyrinth of Hollywood. When I was making films, they were always documentaries either at CBS News or later as an independent. And almost always I worked in New York.

After I left California for college at Harvard, I never lived on the west coast as an adult except for one year. That one year was the second half of my making the film on the Vietnam War, Hearts and Minds. I was hardly ever out of the cutting room during that year – June 1973 to June 1974 – but yes, I did absorb a good deal about Hollywood then. I can't say anything in particular seeped into my novel, but I'm sure some of the atmosphere, the penchant at the studios for conspiracy, did inform my approach to Girl of My Dreams.

Real “characters” make cameo appearances throughout the book. Why did you choose to include stars and starlets of their day? What’s the trick to balancing real people with fictitious characters?

The occasional real figures who appear in my novel simply seemed to come in naturally. I never dragged in someone because I wanted him or her to make a plot point. I felt my characters, and the experiences everyone was having at Jubilee Pictures, couldn't exist in a vacuum, so I had a few of their contemporaries show up. In San Francisco, it was impossible to write about the dockworkers' strike of 1934 without the presence of the legendary labor leader Harry Bridges. 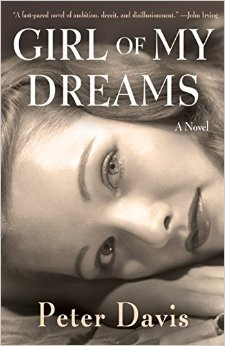 Your story is set against the backdrop of Hollywood in the 1930s. How does this setting enhance the narrative? What personal experiences of yours helped establish authenticity of time and place?

A great question. The authenticity of the setting was crucial to me. I spent a lot of time in the Motion Picture Academy reading issues of Variety from 1933, 1934, and 1935. Similarly, the memoirs and biographies of all kinds of film people helped me establish the ground beneath my characters' feet, the backdrop as you put it. The real-life issues you mention are in one sense the same as they are today. An umbilical cord stretches from that time to this connecting ambition, fear, the incessant pursuit of success, both the rewards and ravages of fame, and the burst of creativity that filmmaking involves even when reined in by commercial demands. In another sense the real-life issues are different; no one cares about the Communist Party in America anymore, and the Great Recession we have passed through bears little resemblance to the Great Depression that fed the native Communists. Yet those very issues, with all their differentness, led to the world we inhabit today; the seeds for World War II were growing in the Thirties, the labor movement that lasted for about seventy years was ignited in the Thirties, and the Greatest Generation itself was passing its first test simply by surviving the Depression.

How do you see Hollywood as having evolved since the Golden Age? What age-old issues are still the same today?

There is a great deal of continuity in the way people succeed and fail, the way they hope and despair, in Hollywood. The big changes are the decline of studio control and the rise of directors as the prime artists in filmmaking. In the Thirties the artist was often (not always) the studio itself. The most powerful individual was not the director but the producer, who was the studio's representative. At one point in my novel, the studio head, Mossy Zangwill, pays tribute to his writers this way. "'In the beginning was the word,' Mossy said to his salaried dreamers, 'and in the end is my word. If you guys don't do your job, no one else has a job.' That didn't mean writers were happy; always disgruntled, they had to sit still for being condescended to by everyone else in the food chain." Except for the fact it's sometimes a director, sometimes a star, sometimes still a producer, you won't find too many people in Hollywood, regardless of their particular jobs, disagreeing with that assessment of the writers' place and plight today.