We're the last stop in the blog tour for A Darker Shade of Magic, and today I'm unlocking the secrets to V E Schwab and chatting to Victoria about her newest offering. This book is a swashbuckling journey through four worlds or, more specifically, four versions of London and has been described as 'akin to The Night Circus, Half Bad and with a sprinkling of C.S. Lewis'. 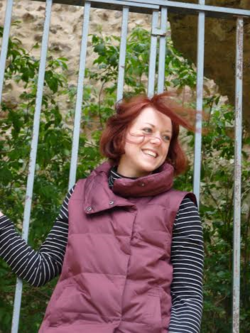 My schedule is complicated now by the fact I’m in a graduate program (medieval art history), but I get up, make tea, and try to get SOME writing done before class, even if it’s just a couple hundred words. The later in the day it gets before I start writing, the less likely it is I will write at all, so getting something down early keeps me plugged in for later. If I don’t have class, I keep writing until about lunch, but usually have to spend the afternoon on non-writing author work – answering emails, interview questions, promoting, planning, etc – and research for my Masters program. I go to the gym before dinner, then come back, eat, watch a show, and go back to work. It’s a glamorous life I lead 😉

Rarely. I tend to choose one celebrity per book, and I make them a secondary character so that I have someone fun to picture when I’m writing them. But I don’t do it for any of the main characters. Maybe I worry they’d feel less like my creation, or I’d get distracted by the actor. It’s fun to cast the leads when the book is done, but not before.

Does Gone Girl count? I feel like Gone Girl counts. Oh, I just finished The Girl on the Train, and that’s right up there. Spectacular. I like my fiction dark, gritty, and psychological, regardless of the genre.

I’m a connect-the-dots writer. I need a loose outline to keep me on the right track, but if I outline too tightly, there’s no room to breathe, to discover, so I come up with 5-10 key plot points – things that have to happen for my story to be my story – and let myself find my way between them. 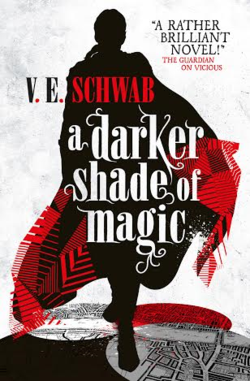 I wrote my first book as a sophomore in college, mostly as a challenge to myself. Until then, I’d only written short fiction and poetry, and the idea of starting and finishing a 300 page novel was terrifying. So I did it. And it was TERRIBLE, as all first books should be. But as a second-semester college senior, I decided to try again, and dedicated two hours a night to writing. What came out of that was my first published book, The Near Witch. It sold the summer after I graduated, and I’ve been writing ever since.

That it’s easy. Or glamorous. Or perhaps the most toxically pervasive mentality, that a full-time author, by nature of their profession, spends the vast majority of their time doing nothing. While I don’t have a 9-to-5 career, the truth is that I have an 8-to-1am career, 7 days a week, 365 days a year. I have to make my own structure, and impose my own rules, but that’s basically what it shakes out to.

Focus first and foremost on getting to THE END, because once you do, you can go back and make the book better. You cannot fix something until you have something to fix.

And then, once you’ve written it, and revised, and revised, if you choose to pursue publication, be brave. Don’t be afraid to share your work, don’t be afraid of the need to improve, and don’t be afraid of rejection. Rejection is one of the most common elements in this business. There is a LOT of it, but I’m convinced that it’s there to make sure that the author is ready (both in terms of craft and headspace) to move on to the next step. Rejection never stops being a part of the process, so don’t shy from it. Embrace it for what it is.

I just turned in the first draft of A Darker Shade of Magic 2, and I’m now drafting a YA project called Monster, which is set to hit shelves next summer. Monster is about two teens in a city where violent acts start breeding actual monsters. The city has descended into a power struggle between two families, who’ve divided the city into North and South, and these two teens are the children of those families. And one of them happens to be a monster.

I’m also working on a couple of really exciting things I can’t talk about YET!

A Darker Shade of Magic by V. E. Schwab is out tomorrow!