Alice Peterson’s eBook, Monday to Friday Man, about a jilted bride who decides to take in a Monday to Friday lodger, was the novel that whipped 50 Shades of Grey off the number one spot in the Kindle charts – no small feat. Alice joins us now to talk about her new book, One Step Closer to You, which is out on September 25. 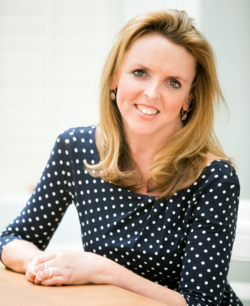 For me, the hardest part of writing is thinking up the idea! Sometimes inspiration strikes when I overhear a conversation, or a newspaper or magazine article can trigger an idea. The idea for Ten Years On came when a friend was getting divorced and was dreading moving back home with her parents. With One Step Closer To You, I met an amazing woman who had nearly lost her home, her children and her life to addiction. I wanted to know more, and that’s how I came to write the novel.

On a role I aim to write 2000 words a day. I think people tend to think writing is rather glamorous, think Sarah-Jessica Parker Sex and The City – my life isn’t like that at all, sadly! I get up, maybe do an hour of emails and Twitter or tweak a writing scene from the day before, then I take my dog, Darcy out, and then I just come home and crack on – with lots of coffee. When I’m struggling to write, which is normally at the beginning of a project, writing can be lonely and a real slog and often I will do anything not to sit at my desk and stare at a blank screen – my sock drawer has never been so tidy. However, when I’m really into a script, which is normally when I’m over halfway through, I am so consumed by the story that the day flies by.

I write more about real experiences and often use friends for inspiration. By My Side was completely inspired by a friend called Sarah Orr who is in a wheelchair. Monday to Friday Man is pretty much my own story (I am Gilly Brown!) but my dog-walking group inspired the story. A lot of research went into One Step Closer To You too. My friends do laugh when they see me get my notepad out, saying, ‘you’re not going to use that, are you?’

Pride and Prejudice. It doesn’t matter how many times I read it or watch it on film, I never tire of the story. Her gift for dialogue was incredible. Mr. Darcy has inspired many of my male leads and is of course now the name of my best furry buddy.

It’s hard to say just one. I admire writers like Jojo Moyes and Rowan Coleman who tackle subjects that are tough and thought provoking.

Francesca Martinez What The F*** is Normal 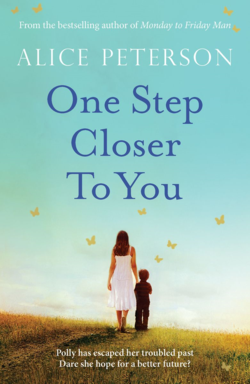 I never just dive in. I research an idea and really get to know my lead characters inside out before I begin. I semi-plan an outline, I know the arc and where my central characters will end up, or how he or she changes along the way but the rest of it writes itself. I don’t plot chapter by chapter; I just go with the flow of the story and pick up ideas as I work. There is a really dramatic twist in One Step Closer To You that I thought up halfway through the process. I must write about five drafts before I show the script to my agent – sometimes it’s more.

My very first book, A Will to Win (now republished as Another Alice) was about my tennis days (I was one of the top 10 juniors in the country; I trained with Tim Henman) followed by my battle to live and fight rheumatoid arthritis. I was diagnosed aged 18 and it has been one of the cruellest and most life-changing things I’ve ever had to go through. I wrote my book to raise awareness of the condition and was lucky enough to be given writing lessons by my first cousin, Bella Pollen, author of Summer of the Bear. She really knocked my work into shape, reminding me that while my story was sad and a tough read, my job was to make it entertaining! She taught me all the dos and don’ts of submitting a script and finding an agent. I was fortunate enough to find an agent and publisher fairly quickly, but that pattern didn’t continue! It’s been a rollercoaster ride ever since, which leads me to your next question …

I think people believe that once you are published you are published for life. It’s a really tough business, and rightly so, but still nothing could have prepared me for the “journey”. There is nothing airy-fairy or particularly glamorous about being a writer. You have to be thick-skinned, rise above all the rejections, grit those teeth and carry on! I love it though, and don’t want to do anything else.

Don’t think about it. Do it. Try and write regularly every day, it’s surprising how quickly a script will form. Before sending it to an agent, I think it’s a good idea to find an editor, so that you are giving yourself the best possible chance.

A romantic comedy – I can’t say much more than that except I’ve loved writing it. It tackles the usual Alice P themes of love, romance, disability and triumph over adversity. Part of it is set in Cornwall, in a beautiful house by the sea, the house where Richard Curtis filmed About Time. A member of my family lives in that house, which inspired the story.