The last time we spoke to Cathy Bramley, she had just self-published her debut novel, Conditional Love. A little over a year later and she has not only written two new four-part book series, Ivy Lane and Appleby Farm, and achieved bestseller status to boot, but she has recently signed a second book deal with Transworld Publishing. Needless to say, there’s lots to catch up on. 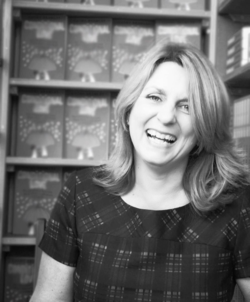 When we last sat down for a chat, you were a self-published author. Can you tell us about your journey to becoming traditionally published?

My journey has been incredibly exciting and a complete whirlwind from the start! Right from day one I had my sights set on being traditionally published. However, I was realistic about how competitive the market was and how long it might take me to get noticed if I relied on this route initially. I self-published Conditional Love in October 2013 because I wanted to learn as much about the publishing industry as I could and start developing a readership for myself in as short a time as possible. I had a second novel already written at this point and I planned to send it out to my dream agent as soon as I started to see some positive feedback for Conditional Love. Amazingly, my plan worked! Within eight weeks, Conditional Love really began to move up the charts, so I sent my second manuscript to literary agent, Hannah Ferguson who, unbelievably, agreed to read it over the Christmas holidays. But before she’d had chance to come back to me about it, I was contacted by Harriet Bourton from the editorial team at Transworld Publishing and asked to consider writing a novel for them. I firmly believe that self-publishing was the right move for me and couldn’t be more pleased (and amazed!) at the way things turned out.

Your novel, Ivy Lane, was originally published in four parts. How did this experience differ from publishing your debut, Conditional Love, as a standalone work?

The main difference was that when Ivy Lane was published, I had a wonderful team of experts behind me, each handling their own part of the project from the cover designer to the digital marketing manager and of course my lovely editor Harriet. It is wonderful to have their support and to know that I am no longer responsible for covering every part of the process. In terms of publishing the four parts versus a standalone novel, it’s great fun as we get to have four publications dates instead of one.

Also, the most exciting thing for me is to have the readers’ reactions to each part as the story unfolds and I unveil another aspect of the plot. 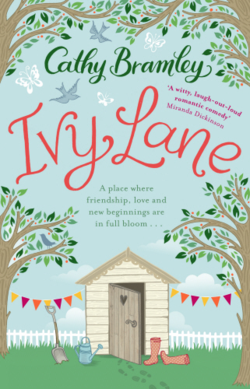 Ivy Lane and Appleby Farm truly come alive on the page. What did you do to research these novels?

The setting of my novels is really important to me and I try to create worlds which readers would like to escape to. Ivy Lane is set in a community allotment and although I’m not a gardener myself, my mum is and so I visited hers and picked her brains about what fruit and vegetables to grow and when.

Appleby Farm is set in the Lake District, a part of the world I adore and visit regularly. My friend, Charlotte bought a derelict farm near Ulverston a few years ago and converted it into a working Victorian farm and it is now a delightful visitor attraction called Old Hall Farm. I used a bit of artistic licence and based Appleby Farm there.

What advice would you give self-published authors looking for a traditional book deal?

Many of the self-published authors I’ve met recently have been happy and proud to remain self-published. However, if someone is specifically after a traditional book deal, I’d advise them to do the following:

1. Take note of criticism in your book reviews. If there is a recurring theme, edit your work accordingly.

2. Ensure that your books are of a similar genre and appeal to a similar reader. A publisher will want to know that you have a specific style and voice and are consistent with your writing.

3. Be social media savvy. A publisher will be more likely to see you if you are visible on Facebook and Twitter and also even a traditionally-published author is expected to play an active role in the marketing of their books. A ready-made author platform will definitely work in your favour.

You recently signed another three-book deal with Transworld. What’s in store there?

The first of the three is called Wickham Hall and will be published in four parts again later this year. I’ve already written the first draft and it tells the story of an events organiser who works at a stately home. The other two books are still a twinkle in my eye at the moment so watch this space!