Gabrielle Zevin’s novel, The Collected Works of A. J. Fikry, about a prickly bookstore owner who finds love, is a testament to the power of books. Here, Gabrielle talks about finding inspiration in the everyday, beautiful and inspiring women’s fiction, and the importance of a writer’s nap. 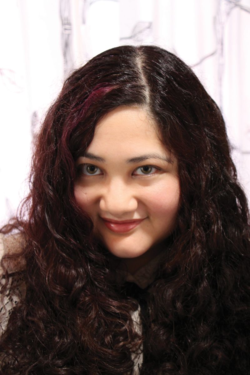 When I’m speaking to students, they always want to know where ideas come from. When I was a young writer, I wondered the same thing. But now I know, there isn’t a shortage of ideas or inspiration in this world. Ideas come from everywhere: the news, my anxieties, my anxieties about the news; from books I read, movies I see, television shows I watch, art of all kinds really. I am inspired by people on the street, by people online, and by stories that cab drivers tell me. Really, there are so many things to be inspired by if you can manage to stay open enough to keep listening, watching, and learning. In the case of The Collected Works of A.J. Fikry, I was inspired by a lifetime of reading and also, by the many news stories I was reading about the fate of bookstores in the age of the e-book. I wanted to write a book that talked about something I was trying to work out for myself: why bookstores matter and how the stories we read can change our lives.

I like to start very early, before e-mail starts coming in, before I’ve made any mistakes, before I’ve hurt anyone’s feelings or my feelings have been hurt. Some days, I don’t write at all. I know Stephen King writes 2,000 words a day or some such, but for me it’s important to have days when I don’t write. I like to think about ideas for a long time BEFORE I start writing them. If I need to write a lot, I write in the morning, take a nap after lunch, then go back to work in the evening. The nap, as odd as it sounds, is key. When you wake up, it’s like having a whole new day.

When I was starting out, I used to think it mattered if I was in “the mood” to write. Now, I’ve written eight books, and I can tell you, my “mood” has had very little effect on the work itself.

Yes, sometimes. I write very detailed character biographies before I begin writing a novel proper. I like doing this because then I know all sorts of things about the characters before I start, which puts less – I guess you would call it – expositional burden on the novel itself. When I am writing these character biographies, I collect images of people I think they might look like. Sometimes celebrities and sometimes people I know. For The Collected Works of A.J. Fikry, I had three pictures of what I thought Amelia might look like: Greta Gerwig in the movie Greenberg, Courtney Love in the 1990s, and a friend of mine who is a book sales rep.

I have difficulties with favourites! Let’s see. A Women’s Fiction title I go back to a great deal is Jane Eyre by Charlotte Bronte. It has so many elements that I love in a story: a boarding school, a wicked man, an overly capable woman. For something more recent, I love The Hours by Michael Cunningham, because it uses its bold structure to show the universality of women’s experiences in different eras. For books even more recent, I adored Where’d You Go Bernadette? by Maria Semple and The Middlesteins by Jami Attenberg. Perhaps, my real favourite is The Lover by Marguerite Duras. It’s an odd novel, but perfect in its way. I don’t know if it’s my favourite, but a last book I want to recommend is The Wife by Meg Wollitzer – it’s an excellent book about the way women’s writing is read and perceived as opposed to men’s. Apologies! I think I gave you about six favourites.

Amelie Nothomb, because she has a gymnastic imagination. Virgina Woolf – I don’t always want to read her, but I am so rewarded when I do. The first literary novelist I loved was Toni Morrison. I’ll be reading Song of Solomon for the rest of my life. I’m currently reading Helen Oyeyemi’s Boy Snow Bird and loving it. I had read The Icarus Girl, her debut, years ago, and while I liked it, I never thought I’d read another book by her. But wasn’t she like 18 when she wrote that? It’s interesting to read a novelist who has a decade more experience under her belt. I think Kate Atkinson is brilliant. As I’m looking at my list, I think what all these writers have in common is that they are adventurous.

I’m definitely a planner. I firmly believe that the more work I can do before I start, the better the first draft will turn out. I know this runs counter to a lot of writing wisdom, which argues for just getting something down on paper. (The old chestnut, “You can’t revise a blank page.”) I’d really like to argue for thinking before you start. There are important decisions to be made when I start a manuscript: point-of-view, tense, style, etc. And I don’t want to have made these decisions hastily. In terms of drafts? I suspect I write fewer drafts than most people. I arrive at the first one fairly quickly, but then, I like to put it away for a while before I attempt to revise it.

Ten years ago, I was a modestly successful professional screenwriter and, at one point, I had an idea for a movie that refused to turn itself into a screenplay. I always knew I wanted to write books, but I thought I’d become a wildly successful professional screenwriter first. The idea that refused to become a screenplay got its claws in me, though, and I decided to take some time off from screenwriting to attempt to write the book. Eight published books later, I guess you could say the situation has reversed. These days, I occasionally take off writing novels to write a screenplay.

I thought I’d have more literary feuds. I haven’t ever had one. I used to think I’d walk into a bookstore and everyone would recognize me. (This has happened exactly once.) Seriously though, I think I didn’t realize how many hardworking, lovely people were involved in the publication of a novel. Not just the editors and the agents, but the publicists and the marketing department and the sales reps and the book buyers and the booksellers, etc., etc. In a way, The Collected Works of A.J. Fikry is an attempt to honor these people. I think sometimes the “author” narrative you get in a movie or in the media makes it seem as if publishing is just the writer and the words, but there’s a lot more to it than that.

Write the book that you have to write. Put something in the world that only you could say. Invest in a quality desk chair.

A story about an incident on school bus. I’ve been turning this particular idea over in my head since I was eight years old, and I’ve finally figured it out.