Helen Giltrow is a former bookseller and editor whose writing has been shortlisted for the Crime Writers’ Association Debut Dagger Award and the Daily Telegraph’s Novel in a Year competition. Her debut novel, The Distance, is a dark suspense thriller set in the world of criminal espionage, with a strong female lead. We’re big fans of strong female leads around these parts so sat down for a natter with Helen to find out more. 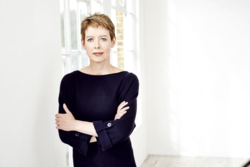 Stories always start with the characters. I have no idea where I get them from – certainly not real life. Usually I’m just meandering around the house and suddenly there they are. I find I often know a lot about their pasts, but not necessarily what will happen to them next. I guess I write to find out.

I always try to start at 9 a.m. I make a cup of coffee (Taylor’s Rich Italian, hot milk, one spoon of demerara), then take the coffee and my kitchen timer up to my office and set the timer for one hour. Then write. When the timer pings I make myself leave the office for ten minutes – load the washing machine, put the rubbish out, wipe round the bathroom sink, water the plants … Then come back upstairs, set the timer for another hour, and write again. I’ll do three one-hour stints in the morning, take a long break at lunchtime (I’m rubbish in the early afternoons), then put in another three hours.

I’m a slow writer so I need a lot of time at my desk. But taking breaks is vital.

Paula Radcliffe’s a bit of a hero. I’m convinced there are parallels between writing a novel and running a marathon.

I’m also lucky to know several women who’ve achieved a lot through sheer determination when life was tough – far, far tougher than mine has ever been. They definitely inspire me.

What is your favourite crime fiction book of all time and why?

The Secret History by Donna Tartt. It’s the story of a group of brilliant students at an exclusive US college who share a murderous secret. I loved everything about it and couldn’t put it down. It’s still the book I most wish I’d written myself.

Agatha Christie. She was the first crime writer I read. I’m a big fan of dark, contemporary crime fiction, but it all started with Christie.

In the Woods by Tana French – the first of her linked Dublin-set mysteries, with a great sense of atmosphere and a main character who still haunts me.

Someone Else’s Skin by Sarah Hilary – a police procedural about domestic violence, with a strong female lead; beautifully written, with real heart and a twist.

Alys, Always by Harriet Lane – clever, creepy, and with unexpected depths, a literary psychological thriller about a woman who invades a bereaved family’s life. 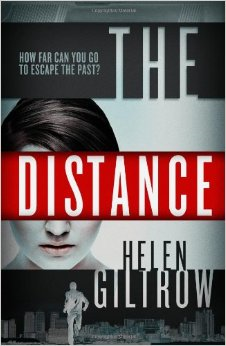 In the past I’ve been lured into planning a novel but the resulting book never works and I always end up writing something completely different. Now I usually write ‘experimentally’ until I’ve found something that grabs me. Then dive in and write a draft as fast as I can. The characters will be fine, but the plot will be a mess. Once I’ve got that first draft I take a break, then read it, dump the bits that don’t work (the ending always has to go) and try to impose some order on what’s left … which amounts to a kind of retrospective planning, I suppose. Then I rewrite.

Some sections of the book will only need a draft and a polish. Others will need half a dozen attempts before I get them right. I’m not a great one for shifting commas when I’m redrafting; it’s more about the structure.

I’ve been writing stories since I was a kid – and novels since I was a teenager – but never thought I could write for a living. I first had the idea for The Distance in 2001, but family upheavals intervened and I didn’t start seriously until 2009. By 2012 I had a complete draft and an agent, but still I wasn’t convinced I’d be published. I couldn’t believe it when my agent phoned to say that five UK publishers were bidding against each other for the book.

That writing a novel involves mainly staring out of the window, frowning at your laptop screen, and long lunches, at the end of which you pour your soul into one big inspiration-fuelled writing blitz, toss your completed work to your editor and retire to the south of France.

If writing a novel is your dream, then work out what’s important to you, preserve that, and dump or delegate everything else as far as possible. Writing a novel takes time – whether it’s an hour a day, every day, or your entire year’s holiday allowance set aside, with nothing else in the diary. If you can crack the time thing, you can do it.

The sequel to my debut, The Distance.