An old letter, the envelope firmly sealed and unfranked, found in the pocket of a second-hand suit commences the beautiful debut novel, The Letter, by Kathryn Hughes. Kathryn joins us this afternoon to talk about her inspiration for the book and how she came to be published by Headline after taking the self-publishing route. 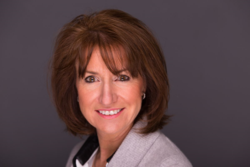 Tell us about The Letter.

My latest (and first) novel, The Letter, is a dual narrative set in 1939 and 1973. It begins in 1973 with Tina Craig discovering an unposted letter in the pocket of a suit which has been donated to the charity shop where she works. The letter is dated 4th September 1939 – a day the country was coming to terms with the war, declared just the day before. Tina is moved by the contents of the letter but also disturbed by the fact that the intended recipient, Chrissie Skinner, never got to read the words that would have undoubtedly changed her life. Despite personal problems of her own, Tina decides to try and find out what became of the writer, Billy Stirling, and the young girl he had written to.

My novels usually start with a premise. After that I add the characters, who drive the narrative for me. Inspiration for these characters comes from the people around me whom I may or may not know. I might be inspired by something someone says at the supermarket checkout which resonates with me, or a snippet of a conversation between two friends which I find amusing. Everybody has their own little foibles which define them. My characters are a mixture of people I have met so I’m sure no one will read about any of them and say, ‘Hang on a minute, that’s me!’

When I wrote The Letter I was still working, so writing had to be fitted in amongst all the other stuff I had to do. Now that I’m writing full time it’s a completely different way of doing things. I say ‘full time’ but really, that’s stretching it a bit.

I have an office in a converted garage which means I leave the house and it feels as if I’m going to work even though I’m effectively still in the garden! I’m at my desk by ten and I start by reading the chapters I wrote the day before and doing some editing. Now I am working to a deadline, my target is five hundred words a day. It’s set deliberately low so that when I write twice that amount, which I often do, I feel like an over-achiever! I’ll break for lunch for a couple of hours and then carry on until about five. I will aim to do this four times a week, which I am aware is not everybody’s definition of ‘full time’.

It’s almost impossible to pick just one but if pushed I will say The Girls by Lori Lansens. It’s about twin girls, Rose and Ruby, who are joined at the head. The story is told in the first person, mainly by Rose, although Ruby also narrates some chapters. It is beautifully written and the author draws the reader into the twins’ world so masterfully that it reads like an autobiography instead of a work of fiction. It’s a masterclass in storytelling, and it stayed with me long after I had finished it.

The literary world is full of talented ladies who have mastered their craft and inspire me in many ways but I am particularly in awe of those who can produce novels time and time again to an exceptionally high standard. I am thinking in particular of Diane Chamberlain, Jodi Picoult, Maggie O’Farrell, Marian Keyes and Victoria Hislop – all different authors but writers who play to their strengths and never disappoint their readers. 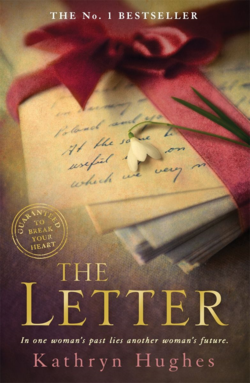 In addition to The Girls, which I would strongly recommend, I would also suggest The Weight of Silence by Heather Gudenkauf. It’s a perfectly plotted suspenseful thriller about the disappearance of two little girls in Iowa. Told in the first person by several different narrators, it is relentlessly gripping and a remarkable debut.

If you’ve written a book as unforgettably brilliant as The Kite Runner, how on earth do you follow it? Khaled Hosseini may well have asked himself this question and if he did, then he answered it perfectly with A Thousand Splendid Suns. It is quite simply a stunning portrayal of life under Taliban rule in Afghanistan. At its heart are two women, Mariam and Laila, who find solace and friendship in each other as they try to overcome the obstacles life has thrown at them.

I definitely plan first. I know how the book will start and how it will end. It’s the pesky bit in between that’s difficult! With The Letter, each chapter was drafted out until I had a map of the whole novel. It was only when I came to write it that I realised the characters were driving it in a different direction. I will write as many drafts as necessary but at some point you really do have to call it a day and just send it to your agent or editor for a fresh perspective.

The Letter took three years to complete. I sent the first three chapters to around a dozen agents, who all rejected it for various reasons, although I did have some encouraging feedback. In the three years it had taken me to write it though, self-publishing had become a possible route forward for people like myself. I employed the services of a self-publishing house to publish the book in e-format only. For me the cost of printing a paperback was too prohibitive and I didn’t want the whole episode to become a vanity project. The book came out at the end of June 2013 and sold only in small numbers to start with. In spring 2014, it started to gather momentum as more and more Kindle readers reviewed it and recommended it to friends. The book went to number one in the Kindle chart in November 2014. It was around this time that Sherise Hobbs at Headline contacted me saying she had read it, loved it and would like to meet me. As I trotted down Euston Road for the first time I felt like a real author. I was offered a two-book deal by Headline and The Letter came out in paperback in October 2015. My second novel, The Secret, will follow in 2016. I now have a wonderful agent too – Anne Williams at Kate Hordern Literacy Agency, who is proving invaluable as I work on The Secret.

What do you think is the biggest myth about being novelist?

That we are all millionaires who spend our days fighting off film studios who are clamouring to turn our books into the next blockbuster!

Stop finding reasons not to. With the rise of self-publishing at least you know that if you happen to face rejection from agents and publishers initially, you have the option to put your work out there yourself. Your novel does not have to languish at the back of your filing cabinet forever. Just finishing a novel is in itself a tremendous achievement which you should be proud of. Polish it, edit it, hone it and when you’re happy with it (which, incidentally, you will never be!) make it available for the whole world to read. After all, I’m assuming that’s why you wrote it.

My second novel The Secret is a dual narrative like The Letter, this time set in the present day and the long hot summer of 1976, when the regulars of The Taverners pub in Manchester are preparing for a day trip to Blackpool. After a horrific coach crash, not all of them make it home. Forty years later and the consequences of that fateful day are still being felt by the families. But not all was as it seemed on that stretch of motorway and someone has been hiding a devastating secret…