Sarah’s debut novel, The Art of Baking Blind, about the hunt to find a new Mrs Eaden – domestic goddess of the 1960s – explores why we bake. Here, she talks about her inspiration for the book and how other women writers have impacted her style. 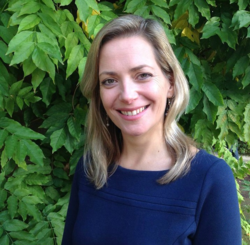 The germ for the Art of Baking Blind came in the aftermath of the Great British Bake Off in 2011. The winner, an Essex housewife filmed making cricket teas for her sons, had a husband who was in prison for his part in a £60m money-laundering racket. I started thinking about the disparity between appearance and reality; about how everyone has a “back story” and how the darkest secrets may haunt the most apparently unassuming lives – something I knew from my old job as a news reporter for 13 years on Fleet St. At the same time, I was doing a lot of baking with my children, then six and nearly four. I wondered why I – and many other women I knew – invested it with so much emotion: I wasn’t just making a cake; I was nurturing my family. So, the inspiration came from a news report; a cultural phenomenon and some self analysis. It took a while before I summoned up the nerve to try and write about it though!

Book two is inspired by a certain place – an area of north Cornwall – and the emotions that it provokes in me. I’ve also dreamed the plot of a future book – again inspired by a news story that resonated with my own experience at university. Features in colour supplements, such as “What I’m really thinking” and “Experience”  in the Guardian weekend, or “Relative Values” in the ST magazine, are good sources of ideas but most of them come from just being inquisitive about what shapes people’s lives.

Both children are now at primary school so, after walking them to school, I try to work from 9.15 to 3, except on Tuesdays when I have a long day. In the immediate run-up to publication, I’ve been spending far too much time on social media, but usually I try to get a solid four to five hours of writing done, with a couple of swims a week thrown in to counteract sitting at a desk. Closer to deadline, I can see this won’t be maintained; the night before I submitted to publishers, I was filing changes up until midnight. At the moment, I’m also catching up with emails and social media in the evenings.

Famous people, not at all; people I know, I really hope not. In fact I’m paranoid people will see themselves in it and have consciously tried to ensure I’ve never written about anyone I know. Nora Ephron famously said: “Everything is copy” but everything is only potentially copy: you have a choice and a responsibility not to use details and incidents involving your family and friends. Having said that, there are elements of me in some of the characters, as is inevitable with any first novel, I guess.

I don’t think I can narrow it down to anyone book. When I was nine, my mum gave me Jane Eyre, and I can remember that having a huge effect because Mrs Rochester was so vivid she terrified me. When I was ten, I won a writing prize and she made me buy a set of Jane Austen: I was about 13 before I read them and remember being bowled over by the satire; her use of free indirect speech (though I didn’t know it was called this at the time); and her confidence in creating sometimes-unattractive heroines: Emma, for instance, or Catherine in Northanger Abbey.

My bookshelves now are ranged with books by women – even if they’re not exclusively “women’s literature”: George Eliot, Margaret Atwood, Hilary Mantel, Sarah Waters, Zadie Smith, Kate Atkinson, Daphne du Maurier; Maggie O’Farrell; Rachel Joyce. If you wanted a novel that appealed specifically to women, and featured the wit and romance often associated with this, I’d have to be deeply unoriginal and pick Pride and Prejudice or Bridget Jones’s Diary.

Hilary Mantel. I have learned so much from Wolf Hall and from Bring Up the Bodies, particularly; that ability to write in the third person but completely inhabit their consciousness so that it’s as powerful as anything in the first person. Kate Atkinson is also excellent at this, in Life After Life; as is Colm Toibin (not female, I know) in Brooklyn. 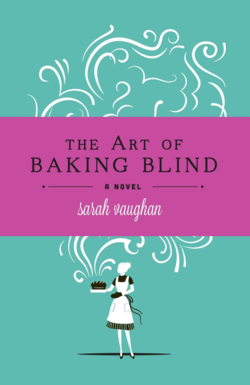 Bring Up the Bodies, even better than Wolf Hall, I thought, because Anne Boleyn  is so compelling and because it’s slightly easier to read. The Vanishing Act of Esme Lennox by Maggie O’Farrell because its time slip story still lingers in my mind. And for something more recent: Mrs Hemingway by Naomi Wood.

Three or four drafts with some additional tinkering for book one. Regarding planning or diving, a bit of both. For The Art of Baking Blind, I knew the structure and the main storylines for the contemporary characters from about 15,000 words and sketched out the chapters then. But a lot of things changed as it became more richly textured and I developed the key characters. With the book I’m working on at the moment, I tried to hammer out all the details of the dominant plot before I started. I’m very open to change though: I’ve already had to alter the structure and am not quite sure about how to twist one part of the plot: I’ll need to decide when I get there. I am slowly realising that there is no “right” way to write a novel and that although I need a firm outline and some solid characterisation before I start, it is organic.

I think I always wanted to write a novel but it didn’t occur to me that I could do so. I read English at Oxford and, though I loved it, writing novels was very much something dead men did: you didn’t have to read anything after 1832 and I was terribly modern in choosing papers on TS Eliot and Virginia Woolf. I knew I wanted to write each day, though, and after being features editor of the student paper, Cherwell, thought I could be a journalist. I trained at the Westminster Press school of journalism, spent two years training at a press agency called the Press Association and then was taken on by the Guardian where I spent 11 years as a news reporter, political correspondent and health correspondent.

After my second pregnancy, I took redundancy and, once my youngest was two, started freelancing. But the itch to write was growing stronger and I knew that if I didn’t try to write a novel, I would always regret it. I tinkered around and then, in the week I turned 40 and my youngest started school, in September 2012, I cracked on in earnest; setting myself a 1000-word a day target and a year to achieve it. I was very lucky. I contacted my agent after 28,000 words and she worked with me for eight months before taking me on. The book was sold just over a month later.

That everyone has a novel in them and it’s just a question of getting it out. Yes, my first novel flowed but it required a lot of cutting, rewriting and rethinking. Even writing a first draft – especially writing a first draft – can be hard: 100,000 is a lot of words. Perhaps lots of people do have great ideas but there’s a big difference between having them and writing them in a publishable form.

Do you really want to do it? Because if you do, you just need to get on with it. Treat it seriously, though: you’ve made a commitment to writing this and it won’t get written without you investing a huge amount of effort and time. Also, remember to enjoy it. It can be terribly hard at times but you’re doing something incredible: weaving fiction (hopefully) for a living.

My second novel which draws on my mother’s Cornish roots and, like The Art of Baking Blind, features a time-slip story.