Author Shelley Harris has been the talk of book town this month – it’s not every day a regular forty-something, suburban writer takes to the streets of High Wycombe dressed as a superhero, after all. But what better way to promote Vigilante, Shelley’s latest novel, which sees Jenny Pepper – wholly tired of her job and the domestic grind – stumbling into a life of vigilante adventure. Shelley is here now to tell us more. 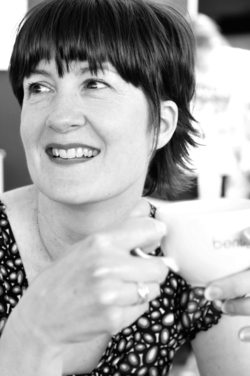 I think inspiration is the easy bit. I’m forever hearing or reading things which are stories in the making. Having said that, I’ve noticed that the ideas which give me that click (it feels like a literal, physical connection clicking into place inside me; I’m always surprised it isn’t audible) tend to be when two different ideas come together. Often they look as if they don’t belong together, but I just know they do. I can see the story stretching out in front of me then. I know I can make it real: a hacked-off woman sitting in her messy kitchen + a vigilante superhero = someone so desperate to escape herself that she becomes someone else. Yes! Boom!

I get the kids off to school, I tidy up, I make a cuppa, I do ten minutes of mindfulness, and then I write. In theory I write for three hours, but in practice as I was doing Vigilante’s last draft I just wrote as much as possible until the kids came home. For my next novel I’ve considered trying Stella Duffy’s ‘first draft in a year’: 500 words a day, every day, without fail.

I don’t know what ‘women’s fiction’ is exactly, but in terms of books written by women, with female protagonists, I’m not sure you can beat Sarah Waters’ Fingersmith. I’ve read it a few times, and every time it’s magic – sexy and clever and utterly, utterly gripping. I was taken into hospital once at very short notice and rang my husband: ‘Just bring me a toothbrush and Fingersmith,’ I told him. I can’t say my stay was much fun, but thanks to Fingersmith I wasn’t even there for most of the time; I was miles and years away.

She’ll kill me for this, but I’m inspired by Julie Cohen. Her writing’s wonderful for a kick-off – I haven’t read any book of hers I haven’t enjoyed – and she’s very, very smart and thoughtful about what she does. She brings a feminist ethic to bear on her novels, and with her last book (Where Love Lies) she wrote something which manages to be both an authentic love story and a subversion of the genre. Finally, she’s the most generous person towards other writers, both published and unpublished, that you can imagine.

That’s my favourite question in the world. With pleasure:

The Amazing Adventures of Kavalier and Clay by Michael Chabon: this is the perfect novel. Everyone should read it. No more to say.

The Fair Fight by Anna Freeman: a tightly-fought contest, but for me this was 2014’s best book. Female boxers in the eighteenth century. What’s not to love?

Address Unknown by Kressman Taylor: Written in the thirties, this is a powerful anti-Nazi novella and a totally compulsive read. The twist in the tail is masterful.

I’m a planner by nature, so to set off with only a shadowy idea of where I’m going would actually stress me out a lot. Having said that, I can be guilty of over-planning, which carries its own problems. So after I’ve had the initial idea I let it sit with me for a while and ferment. I’ll probably do a bit of reading, and I’ll definitely have a chat with my agent, Jo Unwin, to stress-test the idea: Is this story capable of sustaining a whole novel? Will anyone want to read it? What weaknesses does it have that I might not have spotted? Jo’s very good at this sort of thing, offering light-touch feedback but spotting the holes.

After that I’ll plan in greater detail and – crucially – think loads about my protagonist: what is she driven by? What does she want? Where does all that come from?

Then I’ll write. And rewrite. Once I’ve shown my editor a draft, things start to gather pace, because she’s super-sharp and very insightful. She focuses me with great clarity on what needs to be done. Then I rewrite some more. And more, until it’s fit to print. How many drafts do I do? Too damn many. 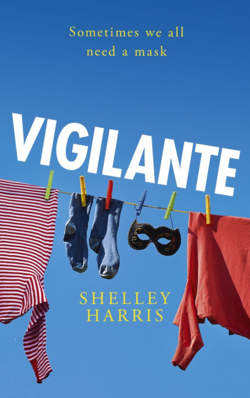 It was a long one, involving a false start and a bit of scaredy-cat unwillingness to risk failure; I wrote a novel in my twenties and was too nervous to submit it. It remains unsubmitted!

But by my thirties I’d worked out that there are things far more scary than failure – and one of them is living a life without trying your hardest to achieve your ambitions. So I wrote Jubilee over a number of years, juggling it with childcare. I entered the novel in a competition at York Festival of Writing, won, and was offered representation by Jo. Three months later she’d got me a two-book deal with Weidenfeld & Nicolson.

That the story just flies off your pen as a publishable first draft. Frankly, if your third draft is publishable, you’re doing really, really well.

The four-step plan: Read. Write. Rewrite. Submit. And while you’re doing all that, be dogged. Have a great work ethic.

I’m doing that stress-testing thing for novel number three. I’m really excited about it, but it’s way too early to talk about publicly so – if you don’t mind – I’ll draw a veil.